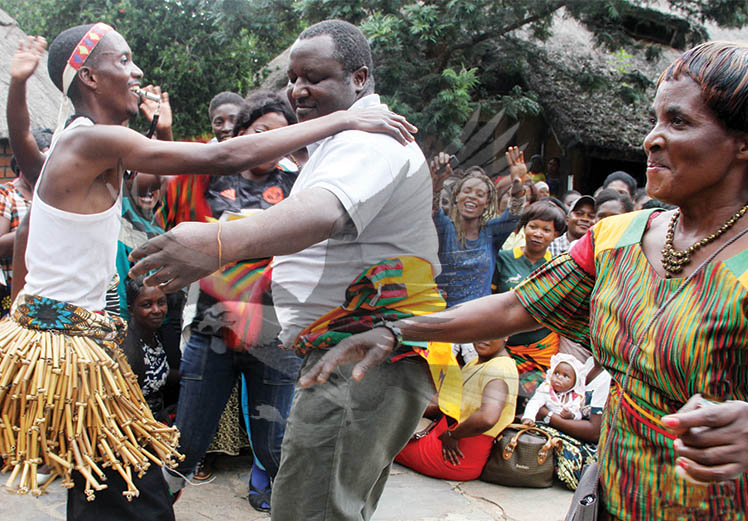 KELVIN CHONGO, Lusaka
UNITED Party for National Development (UPND) Katuba member of Parliament (MP) Jonas Shakafuswa says he will re-contest his seat on the Patriotic Front (PF) ticket and will support President Lungu in the August 11 general elections.
Mr Shakafuswa, in the company of three headmen and hundreds of supporters who have defected to PF from the opposition UPND, said in Lusaka yesterday that he will support President Lungu because he is a humble leader.
â€œPresident Lungu does not know it all, he listens to advice and does what people want him to do,â€ said Mr Shakafuswa.
He said while UPND president Hakainde Hichilema is intelligent and can become president, he should stop agitating the people of Zambia and wait for Godâ€™s time.
Mr Shakafuswa said that he has not gone to PF because he wants something but because of President Lunguâ€™s humility unlike Mr Hichilema who thinks that he is â€œsuper humanâ€ and knows it all.
â€œI have decided to go to PF because Zambia is above tribalism and regionalism and this is not what is in the PF,â€ he said.
He also said that he is going to deliver the Katuba vote to President Lungu and that the constituency will now be under the leadership of the PF.
Mr Shakafuswa also called for a stop to political violence saying Zambia must remain peaceful.
â€œWe need to be â€˜one Zambia one nationâ€™ and allow all people to make their political choice. This is why we decided to go for multiparty democracy,â€ he said.
Mr Shakafuswa said as the nation goes to elections, those people who want to beat others must stop so that the country can remain peaceful.
And Mrs Shakafuswa who hosted hundreds of women to celebrate International Womenâ€™s Day at Shakaâ€™s Kraal, called on women in Katuba to support the ruling PF.
Mrs Shakafuswa said it is the responsibility of women to support their husbands.
But UPND spokesperson Charles Kakoma says Mr Shakafuswa is not a factor because Katuba is a UPND stronghold.
Earlier, Mr Kakoma had declined to comment but when pressed for answers he said: â€œSuch things are bound to happen as the nation heads to the general election.
â€œAs we head towards the elections, various people will want to do re-alignment. Those in PF will decide to contest on UPND ticket and those in MMD on PF ticket and so on,â€ Mr Kakoma said.
Mr Kakoma said Mr Shakafuswa is just an individual who cannot affect the outcome of the August 11 general elections.