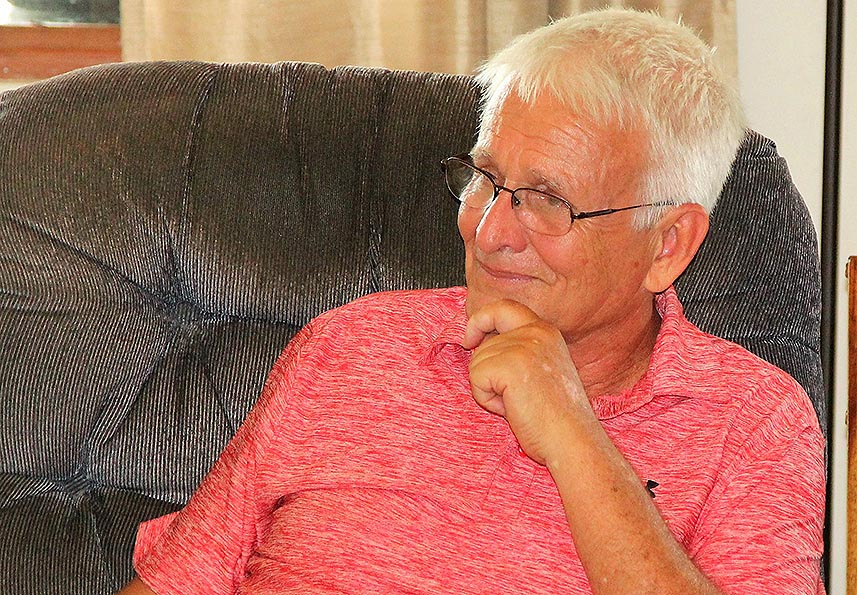 Obituary:
MONICA KAYOMBO, Ndola
HE HAS only been in the country for less than 20 years, but his impact as a farmer has been immense even catching the attention of those who have occupied the highest office in the land in recent years.

But what brought him to Zambia is not farming but Christian missionary work.
Yet, the majority of those mourning him have all been making reference to his farming initiatives.
John Enwright died a week ago today in a road transport accident.
Reverend Enwright, 67, died from head injuries suffered in the road crash that happened on the Luanshya-Ndola road.
His wife, Kendra, 66, was with him when their Toyota Harrier was rammed into by a trucker and was by press time being treated of injuries to the head and arm at Mary Berg Hospital in Ndola.
Rev Enwright, an American national who was born in Belgium, also leaves behind two sons, Brian, 35, and Nathan, 32.
Rev Enwright and his wife Kendra have been working as United Methodist Church missionaries in Africa since 1973, the year they were sent to Botswana. They worked there until 1977 when they were posted to the Democratic Republic of Congo (DRC) until 1998.
The following year, they came to Zambia.
Throughout their stay on the continent, they have been involved in evangelism, church construction and teaching at Kafakumba Training School.
Rev Enright also worked as a pilot for the Wings of the Morning Flights Ministries under his church while his wife, who has a degree in nursing, was involved in setting up and running a central pharmacy for the 40 United Methodist clinics in the Congo DR.
But the question most people are asking is what happens to his various initiatives in Luanshya?
Minister of Livestock and Fisheries Michael Katambo says Government was planning to engage Rev Enwright in the implementation of various agricultural-related projects.
Mr Katambo said Rev Enright was to spearhead the export of one million goats to Saudi Arabia and that his fish ponds construction project would have aided the Ministry of Livestock and Fisheries in achieving the target of producing 50,000 tonnes of fish per year.
Earlier this year, Government received US$50 million from the Africa Development Bank (ADB) for aqua-farming but Mr Katambo says personal contributions to the sector by the likes of Rev Enwright would have been appreciated.
The official fish requirement for Zambia stands at 186,000 tonnes per year but the country has a deficit of 74,000 tonnes.
Zambia National Farmers Union (ZNFU) president Jervis Zimba says the farming fraternity has been robbed of a great farmer.
Mr Zimba says Rev Enwright believed in innovation and his death has surely left a big gap in the farming fraternity.
Ndola City Council (NCC) public relations manager Tilyenji Mwanza says the local authority was planning of engaging Rev Enwright to learn new farming strategies.
“Rev Enwright was a friendly knowledgeable farmer with new farming techniques that the local authority was ready to tap into, especially that he was already aiding hundreds of small-scale farmers in Luanshya and Ndola,” Ms Mwanza says. “His untimely death has left the local authority shocked and saddened.”
Rev Enwright’s activities had caught the attention of President Lungu and the First Lady.
In fact, President Lungu visited his Rivendale Farm in Luanshya to learn some of Rev Enwright’s farming strategies and technologies.
Later, First Lady Esther Lungu also visited the same farm and unveiled a plan in which women would be rearing goats for export to Saudi Arabia.
Thousands of Zambian women were earmarked to benefit from the annual supply of one million goats to Saudi Arabia. The oil-rich country has requested Zambia to start supplying it with one million goats every year.
However, according to the Ministry of Livestock and Fisheries, Zambia only has three million goats countrywide, which can only be exhausted in three years once the Saudi Arabian deal is implemented.
During the tour of Rivendale Farm by the First Lady, Mr Katambo said Government is interested in learning some of the latest farming methods which the farm is implementing.
Mr Katambo said local farmers in Luanshya are in need of the methods the farm is using so that they can increase their productivity and earnings.
At the time of his death, Rev Enwright and his wife were involved in tilapia fish farming, beehive manufacturing, goat and chicken rearing and honey production, among other things.
Kafakumba Training Centre, which is the brainchild of the Enwrights is the focus of the United Methodist formation ministry in Zambia.
Rev Enwright’s brother in law Nathan Steury describes him as someone who was more than a friend, mentor and guide.
“We will miss him so much,” Mr Steury said. “He was a friend, mentor and a guide.”
Rev Enwright, who was born on April 23, 1950 in Belgium, attended Taylor University and graduated from Ball State University in Muncie, Indian, United States with a degree in Philosophy.
He later received a master’s degree from Ball State University in secondary education.
Rev Enwright is being buried today at a farm in Luanshya.