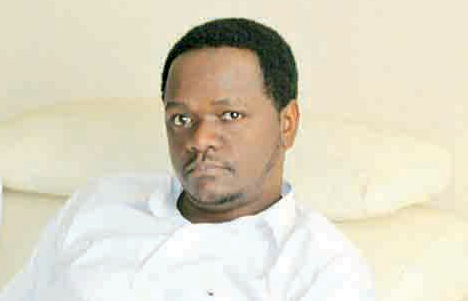 KELVIN KACHINGWE, Lusaka
THE artistic send-off for Joe â€œThe Ambassadorâ€ Chibangu at the Mulungushi International Conference Centre in Lusaka on Tuesday could have started and ended the moment JK performed Bana Malama.
But it did not end, there was more to The Ambassador than just him re-working Laban Kalungaâ€™s song Bashi Malama for JKâ€™s prodigious debut album released under Mondo Music Corporation.
Even JK found that it was not enough to just sing Bana Malama.
But his choice of the song was interesting; the song demonstrates how The Ambassador was able to borrow from Zambiaâ€™s musical past to create a new wave of local music that pointed to how the future would look like.
JK clearly appreciated what The Ambassador did for him. He narrated how he came to work with him. But even that was not enough for him; The Ambassadorâ€™s legacy goes beyond catapulting him to fame with the release of one of the most defining albums of this generation.
He went on to perform other songs on which The Ambassador had an impact, such as I Will Be Waiting, on which he featured Kâ€™Millian and System.
After that, he drifted to something else by singing the chorus on Dannyâ€™s Takwakabe on which The Ambassador featured. JK invited Danny on stage and together they performed Takwakabe.
Oh, that was another hit on Dannyâ€™s second album Ama Lovinâ€™gi, which had other hit songs like Chikondi Chako Julie and My Jane featuring JK.
Those were the times!
Those were the times when Black Muntu (Mwembe Chulu and Leo Bweupe) were also on fire releasing a number of hits produced by The Ambassador under Mondo Music Corporation.
When they appeared at the artistic send-off of The Ambassador, someone from the audience shouted that it was good to see Black Muntu together once again.
Boy, did they not appear to be like brothers when they worked together as Black Muntu.
Well, The Ambassador was also like a brother to them, according to Leo.
They performed Mayo Wandi, which The Ambassador had produced.
When you talk of Black Muntu at their peak, then you certainly have to also talk about Shatel (Barbara Njovu and Saboi Imboela) who also tasted success at Mondo Music with The Ambassador as their producer.
Saboi thought she was blaspheming when she said The Ambassador was like their god. Well, she was not; it just shows how they revered him.
They could have picked on so many songs that he had produced for them, but they just went for Naitopela.
The girls can still sing, well, at least for an occasion such as The Ambassadorâ€™s farewell.
The tributes could never have been enough, just like sitting in the main auditorium which forced many people to go on the upper deck during his artistic send-off.
In the end, musicians came together on stage to sing another song that The Ambassador had produced. At the beginning, Desh and Saili Nyondo, who The Ambassador was with in Rap Prophets on the Copperbelt, appeared on stage to pay their tributes.
Mainza Chipenzi, who had formed the group Meltdown with The Ambassador, appeared on stage with Runnel, whose wife Mutinta Musokotwane was marketing executive at Mondo Music at its peak, to sing the song Na Bwalya.The legacy lives on.