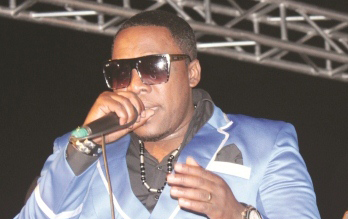 CAROLINE KALOMBE, Lusaka
MUSICIAN Jordan Katembula popularly known as JK has sued Gibson Phiri of Digital Xtreme Entertainment demanding over K100,000 payment for performing at an Electoral Commission of Zambia (ECZ) peace concert on the Copperbelt.
According to a statement of claim filed in the High Court, Mr Katembula said after concluding a deal with the ECZ, he performed at two concerts in Ndola and Kitwe.
Mr Katembula said he subcontracted other artistes to perform at the concert and incurred costs amounting to K16,000 that was spent on accommodation, transport and food for the artistes that were subcontracted.
He engaged Mr Phiri and Digital Xtreme Entertainment to participate in the concert and that it was also agreed that a sum of K160,000 was to be paid in the entertainment companyâ€™s account by ECZ after the services were rendered.
Mr Katembula said it was further agreed that Digital Xtreme would recover costs amounting to K15,000 and a further payment for the use of its bank account.
He claims that Mr Phiri and Digital Xtreme has refused to remit the reminder of K120,340 as he has only released K16, 660.
Mr Katembula claimed that he failed to pay K30,000 to two other people whom he worked with during the concert.
Mr Katembula claims that Mr Phiri has since allegedly told him that he will decide how much should be given to him because the payment was made in the Digital Xtreme Entertainment account.
He wants the court to award him damages for breach of contract and the payment of K120,200 being money owed to him.