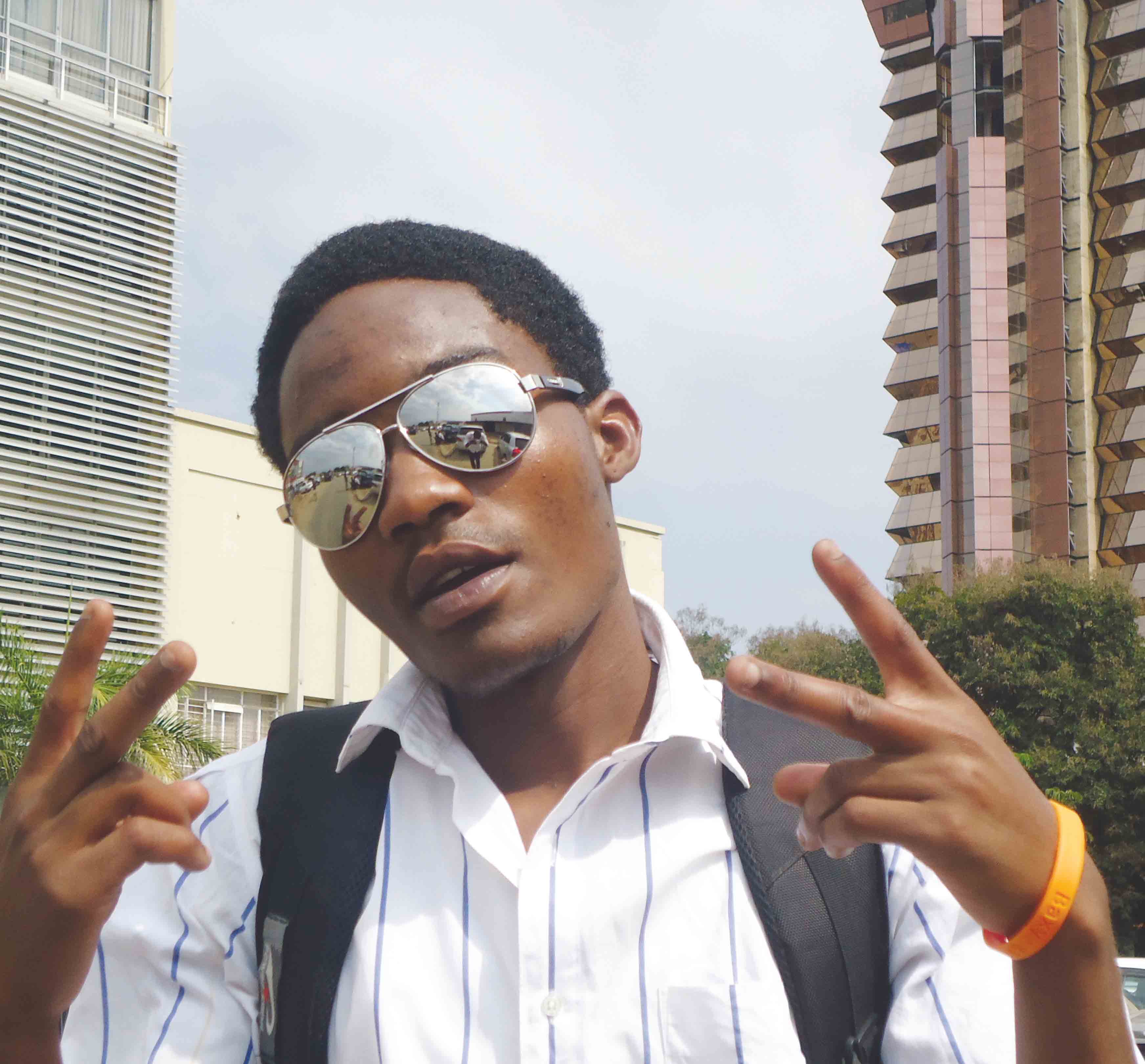 UNTOLD PROFILES with FELIX NYAMBE
MUSIC is said to be a universal language which cuts across diverse cultures and boundaries, and to many, it is a money-spinning industry which once earned Swedenâ€™s singing quartet, ABBA, the biggest exporter in 1974.
In Zambia, however, musicians in particular and the arts in general are still struggling to promote and market the industry because of lack of serious promoters and the lack of quality output.
But as the local music is still grappling to hit the finest notes of international calibre, young musicians have been sprouting at every corner almost at will, but are they producing anything worth writing home about?
â€œThe local music industry has the potential to grow, especially if we can go back to our roots and diverse cultures, which we can fuse in our music,â€ says young singer, Jay Brown, whose real names are Joseph Banda, 23.
Because music can be used to overcome stress and as a uniting factor, music critics have now and again questioned the quality of our products on the market.
Jay Brown, once a dazzling school kid with potential to excel, began his music career right under the roof of his parentsâ€™ home in the densely populated Chawama township in Lusaka, once home of the award-wining rapper, Slap D.
With some inspiration from his head teacher at Ndeketeya Primary School, the young and enterprising Jay Brown kick-stated his teeny-bopping bashes before his peers.
â€œI listened to quite a lot of stuff at home because my father played a lot of old school music ranging from reggae and ragga, to some rap from the likes of Tupac Shakur and the Notorious BIG,â€ Jay reflected.
But sensing the young Jay Brown was sometimes overstepping out of bounds while at Kamwala Basic School, his parents thought it wise to enrol him at Nyimba boarding school in the rural town of Nyimba, Eastern Province. Quite a good move, so his parents thought.
But alas, for the innovative Jay Brown, it was just the beginning of his music career that was destined to make him one of the finest recording artistes.
In Nyimba, Jay Brownâ€™s musical fun fair took a dramatic rise and began writing his own songs, which he occasionally performed before his teachers and peers during school variety shows.
Did his parents get to know about the turn of events? â€œNo, not until I had completed high school at Nyimba Boarding School in 2010 did my parents and siblings get to know about my music career,â€ revealed Jay Brown, the second born in a family of four.
With quite an impressive list of songs on his books, he quickly began working on his debut album with the promotion of the tourist sector hot on his menu.
Now going by the moniker â€˜Son of the most highâ€™, Jay Brown entered several studios, including the reputable One Love Records situated at Lottie House, and Young Records, to kick-start work on his debut album – Welcome to Zambia.
Featuring some of the fastest-growing young talents such as Vanessa and Nami-K, star of the acclaimed single Ku Ghetto with B1, Jay Brownâ€™s nine-track album was thus unleashed in 2014.
â€œI worked with rapper Alpha Romeo on the song Breakthrough, while I featured Vanessa and Nami-K on the songs Dream Chiloto and on the title-track, respectively,â€ said Jay Brown.
Despite producers such as The Liquid Man at Liquid Studios adding some magic touch to the album, Jay Brown bemoaned the lack of a manager and marketing as the reason his project has not been recognised, by not even the Ministry of Tourism and Arts.
Jay Brown reckons songs such as Welcome to Zambia may have been received by the Ministry of Tourism and Arts but that has been to the contrary.
Instead, it is the social commentary songs such as I Wish (featuring Vanessa), Chikwati, Call Me and Muganiza Bwa that have caught the ears of most music buffs.
â€œI have had some impressive shows such as during the International Property Day hosted at the Levy Park Mall on April 25, this year,â€ vividly recalls Jay Brown.
The show featured the likes of T-Sean, Njoya T, Mweembe of the Black Muntu fame and gospel artiste John Chiti, among others.
The young singer, who calls his music simply â€œZam-rapâ€, says his music has also found its way on most radio stations and social media, while his shows at the Ibis Monument Pub and his Zed Experience bash at the Longridge remain dear to him.
â€œI am a motivator and I aspire to inspire, educate and entertain my fans,â€ concluded Jay Brown.
fmmusik@yahoo.co.uk, 0979360993/0964873656