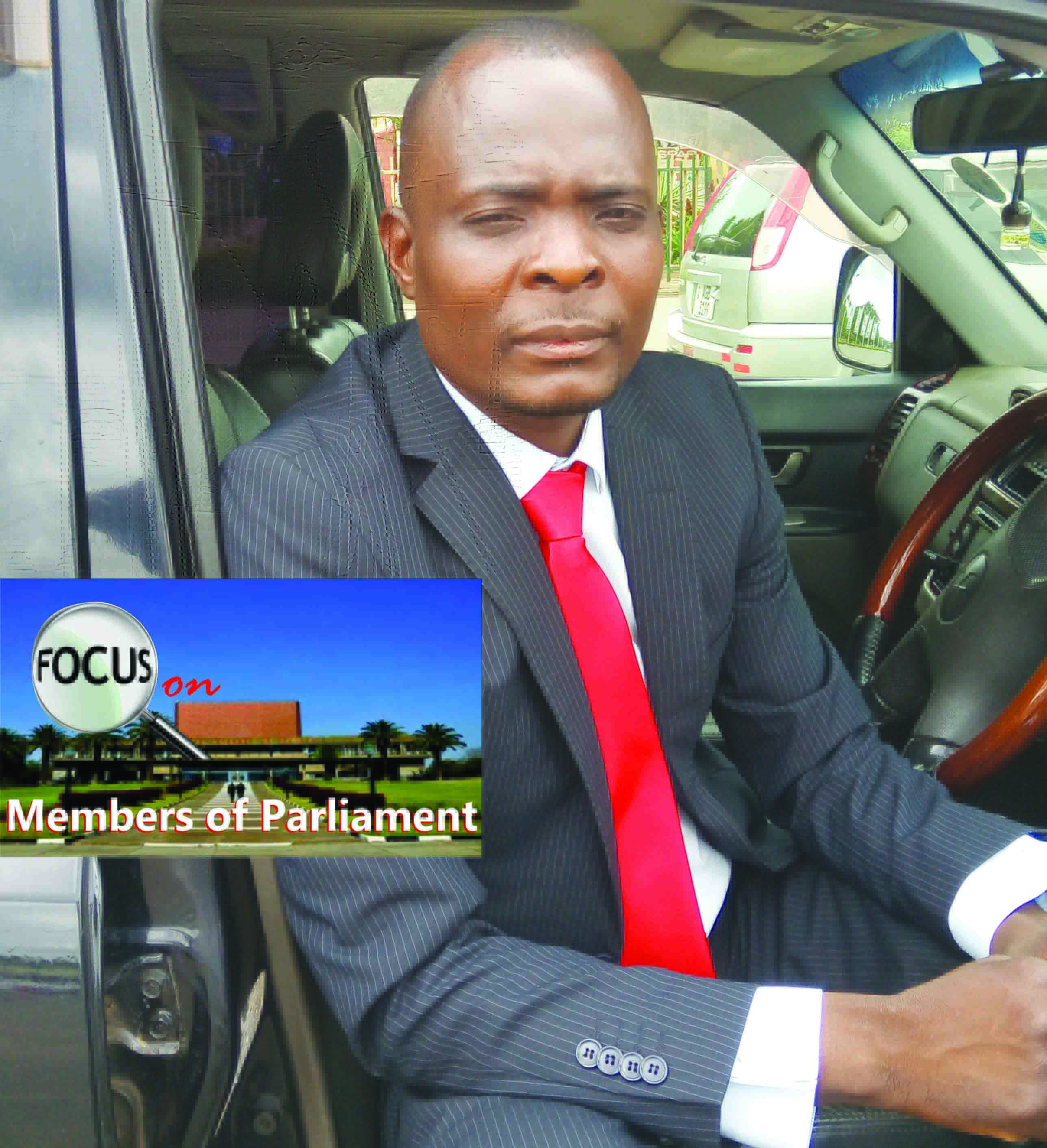 MIKE MUGALA, Lusaka
MWEMBESHI independent member of Parliament Machila Jamba is concerned that despite his constituency contributing immensely to the countryâ€™s economic development, it has remained under developed.
He attributed the lack of development in the constituency to lack of representation in national issues and feels that he is the right person to bring change and make a difference.
â€œDespite the gigantic contributions and significant contributions my constituency has been making to the development of this country, its people have continued to wallow in poverty. The kind of poverty only associated with a people that have nothing in terms of natural resources,â€ he said.
Though, he never at any point thought of venturing into politics, the sufferings of the people was the source of motivation behind his political interest.
Mr Jamba says he wants to improve the standard of living of the people of Mwembeshi Constituency.
Born on May 9th, 1972 in Kasumpula village of Shibuyunji District, Mr Jamba started his primary school in 1980 at Nampundwe Secondary School. In 1987, he qualified to Kabundi where he did his junior secondary and two years later to Serenje Boys Secondary where he completed in 1991.
In 1992, he got a job at Zambia Consolidated Copper Mines (ZCCM) as an underground miner at Nampundwe Mine where he was a casual worker before finding a full time job came his way the following year.
Mr Jamba later got sponsored to the Copperbelt University in 1996 where he obtained a certificate in geological Survey Drafting which earned him a job at the Geology department in 1998.
Due to a misunderstanding, Mr Jamba stopped work with the Boers in 2001 and joined the Ministry of Mines in 2005 as a cartographer in charge of mineral corporation and production of maps. However, in the same year, he resigned from government and went on to join the private sector.
â€˜â€˜I did not like the laissez faire attitude in government. I wanted to do something different and private.â€™â€™ he said.
Mr Jamba then, started working with Geo-quest an entity specialised in mineral exploration under Geographical Information System. During this period, his duty was to analyse data from the field.
In 2010, he decided to go back to the Copperbelt University for academic advancement and obtained a diploma in land survey in 2011. Since then, Mr Jamba has been working as a private land surveyor.
Though he had no political will, the hardships and challenging life style of the people of Shibuyunji became a great matter of concern to him.
â€˜â€˜I did not think of standing as a member of Parliament but people came to ask me to stand but I refused, it was not until they approached me for the second time that I agreed.
â€œI wanted to understand the political situation on the ground and so, I started working with the communities,â€ he added.
Amongst the projects that he carried out in the community was drilling of boreholes, building of a health post and a classroom block.
Mr Jamba later joined the United Party for National Development (UPND), he was adopted to stand on its ticket in the 2016 general elections.
To his surprise, he was left out a day before nomination day as the party fielded Austin Milambo.
â€œI was shocked when the adoption certificate was given to Austin Milambo. I did a lot of work for them and understood its structures. This was the most devastating moment of my life. Thank God I had made my name on the ground and the people of Shibuyunji were so helpful to me,â€ Mr Jamba said.
Now that he is at the helm of the constituency, Mr Jamba wants to transform the general outlook of the constituency to improve the livelihood of the people. He says he will work on improving the road, health and school infrastructure.
Mr Jamba said he will improve the status of the Nampundwe Road to take economic activities to the constituency.
â€œThe Nampundwe Road has a lot of economic benefits to this country, it connects Nampundwe Mine which produces pyrite a raw material used in copper production on the copper belt.
The road also connects to the Kafue Sugar Plantation, universal mining and also the Blue Lagoon National park,â€ he said.
Mr Jamba says the improvement of the road will also help the growth of small businesses and improve the peopleâ€™s way of life.
He said that Shibuyunji has had no district hospital since it was declared a district and that people have been walking long distances to access medical services.
Mr Jamba said he has secured land on which a district hospital will be built before his term of office ends.
â€œOur people walk a distance of about 40 kilometers just to access health services, some of our women give birth on their way to hospital,â€ he said.
Mr Jamba also said he wants to build secondary schools in order to improve easy access to secondary education.
He says he is willing to work with the government to foster national development and improve the livelihood of the people of Mwembeshi.