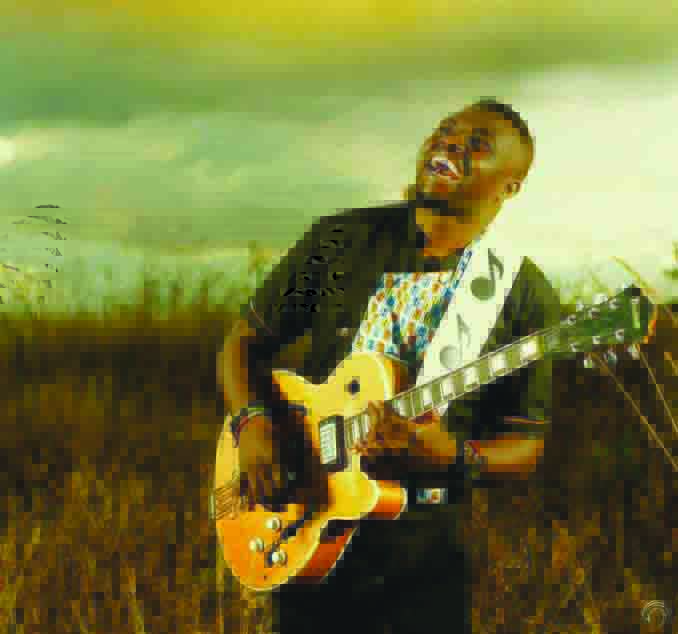 GOSPEL GROOVES with FELIX NYAMBE
EVER heard of a gospel jazz musician known as Skills Emmanuel? Well, Skills Emmanuel has been all over the studios and stages, sharing in the spoils with both local and internationally artistes.

On and off the stage, the 28-year-old singer has worked with the likes of South Africa’s Okan, Jessie Priestly (Zimbabwe), Wambali Mkandawire (Malawi), Perera (Sri Lanka) and a UK-based Zambian artiste Hillary.

“I have in recent times shared the stage with Don Moen, Donnie McClurkin, Emeli Sande, Hugh Masekela, Diamond Platinum, Oliver Mtukudzi, Zonke and Fally Ipupa,” shared Skills, who was born Emmanuel Siame.
It is an impressive CV considering that he has not been in the industry for too long.
“Yes, I love Jesus and I love jazz, I am also glad to finally present this authentically Zambian masterpiece of a gospel jazz album [Yesu Njila Yanga] to the world. My desire is to see Zambian gospel music go global,” said Skills, the fifth born in a family of eight.
Born and raised in Kabwe, Skills describes himself as Zambian jazz guitarist, songwriter and music director, who grew up playing in church for close to 13 years.
He is also the founder of a band called Music Box, which he formed shortly after falling in love with music at a tender age.
“I have always followed the footsteps of my father, Evans Siame, who used to be a folk guitarist/singer and played in a Kabwe-based band called The Flaming Fire,” revealed skills, whose jazz exploits are inspired by the legendary George Benson.
As for Skills, his stints as a guitarist started when he took on the guitar and went on to serve in Ebenezer Tabernacle Church band in Kabwe, where he played mouth percussion.
Later, after school in 2008 at Highrige Secondary, he moved to Lusaka and quickly settled with the Bread of Life International Church (Emmasdale branch).
Apart from the praise team at Bread of Life, Skills says he has gone on to play for many highly-acclaimed local artistes such as Rachael Nanyangwe, Ephraim, Stan Chipuma, Penjani Ngwira, Manasseh, Pompi, Magg44, James Sakala and Rock of Escape.
“In addition, I have also worked with Suwilanji, Karen, Kings, Jamba, late Marvin B3, Taz, Maureen Lilanda, Kiki, Chef 187, Slap D, Mainza, Jay Rox, Cactus, Viola and Trinah,” says Skills.
Before embarking on the release of his debut album, Skills also worked with outfits like Kabwe’s Army-sponsored Battle Vibes, Elect, Nexus, Fellowship and African Vibes.
Although he may have started working on his album last year, Skills reckons the wait has paid off as his product is one which may just hit some global charts.
“I began working on the first-ever gospel jazz album by a Zambian in 2016 and the 12-track project is called Yesu Njila Yanga,” says Skills, who also announced that his band’s slogan is ‘Lesa Patali’’.
The titled-track, according to Skills, received a lot of airplay on Radio Christian Voice before dropping a couple of videos including that of the title-track. The other is Nalisala Umweo.
On the album, Skills featured the likes of Ephraim, Suwilanji, Penjani and Mumba Kateya (the Dreams Reality Talent show season II winner).
fmmusik201730@yahoo.com, 0979360993/ 0964873656.

No album this year for Afunika
‘Miss Bwete’ on promo