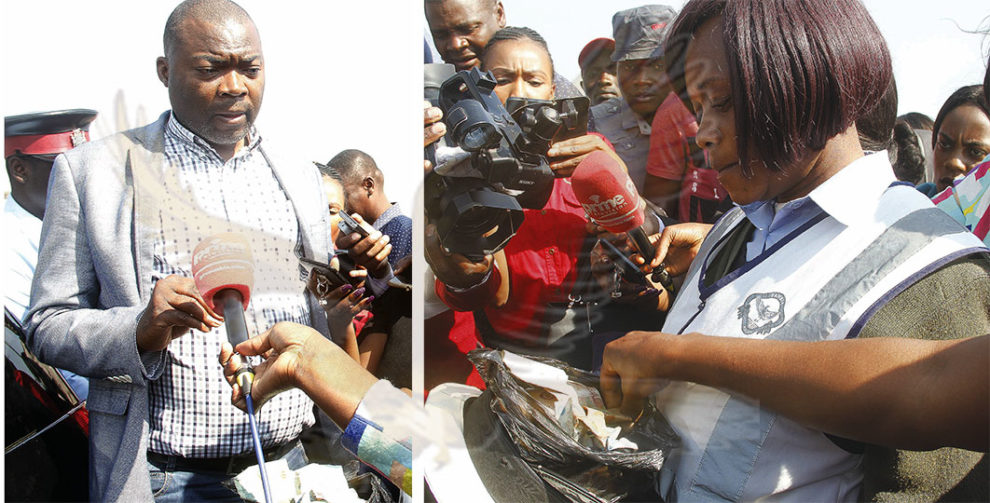 THE four traffic police officers caught allegedly taking bribes at a checkpoint blemished the image of the Zambia Police Service (ZPS).This also means that there were scores of motorists involved in the scourge.
Such are matters that must be dealt with proactively and decisively to restore the dented image of the service and to inculcate a sense of responsibility in motorists.
As a result of the latest incident, social media has gone awash lampooning the entire Police Service as being corrupt, yet there surely must be more honest officers than the dishonest ones.
Yes, the ZPS has a lot of men and women with integrity but a few bad eggs such as the quartet found by Lusaka Province Minister Bowman Lusambo have continued to dent the reputation of the rest. Of course this quartet is, by law, not guilty until proven so, but surely the evidence is overwhelming.
Mr Lusambo’s impromptu visit at the Mungwi road-block is therefore a timely reminder to the ZPS command that bad eggs are still very much part of the distinguished institution and should be culled.
While we commend the police command for suspending the quartet, this action is as ineffective-dealing with symptoms rather than the source of the ailment.
What command should do is to deal with the root cause of this form of corruption. Numerous studies and surveys have been done on determining the most corrupt public entity and virtually all of them have place the police traffic section as the leader, year in and year out.
Thus, there is no doubt that it is known that there is a problem. The challenge or task is to root out this cancer.
There is no justification for any public officer to seek extra income for doing what the tax payers are already paying them for. A supposedly low salary is no excuse or justification either for getting bribes.
There are thousands of young men and women waiting in the wings to take up these jobs and serve diligently so those already employed must never take the opportunities they have for granted.
One of the first things the Patriotic Front administration did soon after taking office was to revise the police officers’ salaries upwards and they got a quantum increment.
Government has also been improving other conditions of service such as building houses, equipping them with all the tools for their trade such as vehicles.
But it is clear that despite all the efforts Government has made in alleviating their plight, some police officers have continued to solicit bribes from motorists.
While road-blocks are an integral part of police operations as they help to keep or restore sanity on the roads, they are sometimes abused for personal gain.
The police command, we would like to believe, works closely with the Anti- Corruption Commission, Transparency International and other stakeholders to sensitise its staff on the dangers of corruption and the need to eliminate it completely from the service.
We have no doubt that all policemen and women are fully aware of the consequences of corruption. It seems, therefore, that some of them continue on this illegal path because their gains outweigh their risks.
This could mean that the consequences of their actions are not punitive enough. Do corrupt cops get a mere sacking or do they go to jail as other abusers of public funds do? These are questions that require answers in the quest for a solution for the scourge.
Motorists, too, are to blame for the scope of bribery on the roads. It takes two to tango. In privacy, many motorists confess to having either offered or enticed to give a bribe for a road offence. In so doing, thousands, if not millions of Kwacha, go into private pockets instead of government coffers. This is money that should be going towards meeting various public needs.
The many bribes being made also show that there are many defective vehicles on the roads and incompetent drivers plying the roads. How else does one explain a collection of over K2,000 in alleged bribes in under two hours. Note, too, that this amount is not paid at the official rate of fees for the various offences. Meaning: more money can be generated.
It looks like the high fines dissuade some motorists from paying to the State. For instance, between paying K300 to the State and K30 to a corrupt cop, many, it would seem, settle for the cheaper option. This is food for thought.
There was a time when, as a means of curbing corruption, roadblocks were manned by a combination of staff from the police, Road Transport and Safety Agency and any other security or anti-crime wing. Rekindle this method.
While the police command continues trying to put its house in order, citizens, too, should refrain from offering bribes.
The ZPS Command should continue sensitising its officers on the need for integrity and should not spare anyone denting the image of the police. It is better to get rid of a few rotten tomatoes than to keep them as they could contaminate the many good ones.

Let there be WiFi
Bravo RTSA, but review speed limits