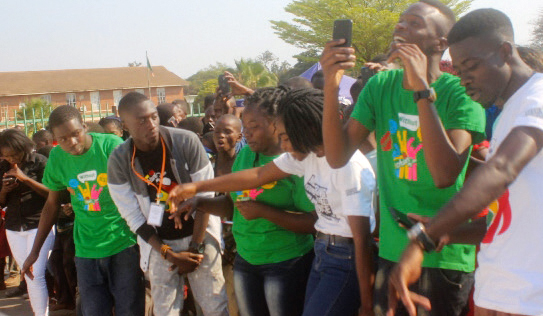 CHAMBO NG’UNI, Kabwe
THE participation of the youths in the governance of the country at different levels is critical in shaping the future of Zambia.
With the population of young people aged between 15 and 35 years standing at 4.8 million (making up about 36 percent of the country’s population), their voices need to be heard in different spheres of human endeavour.
If young people are the leaders of tomorrow, they need to take up the responsibility of governance at an early stage of their lives.
For this to happen, young people need to be equipped with knowledge and skills to understand their democratic rights in governance.
If they are not well-informed about their role in governance, the youth risk being mere spectators rather than key participants and active players in decision-making as well as in providing checks and balances.
The Ishiwi Governance Project is one of the avenues that is proving to be an important platform for young people to participate in the governance system.
In Central Province, the project is being run by the BBC Community Media, Restless Development and Kabwe News Centre (KNC) Radio.
BBC Community Media project manager Emmanuel Mulenga says young people need a platform to keep them well-informed so as to participate in the governance system.
“We provide a platform to engage young people to be actively involved in issues of governance and to take up positions even at a tender age,” Mr Mulenga says.
“We have mechanisms, ways and means of giving that kind of information to empower them so that they can make those decisions.”
Mr Mulenga says it is important that young people are engaged and brought on board in governance.
Through the Ishiwi Governance Project, young people are accorded a platform to access information on governance through radio, online content and community programmes such as roadshows.
If young people are well-informed, they will effectively engage their leaders at different levels on behalf of their communities.
By so doing, they keep their elected leaders such as councillors and Members of Parliament accountable. In a way, they also learn what leadership is all about.
“This is why we are trying to bring all these issue to them for them to exchange ideas because we believe giving them information at such events like roadshows will help them,” Mr Mulenga said.
A combination of activities has proved helpful in the dissemination of information on governance issues to young people.
KNC Radio producer of the Ishiwi programme Herman Machacha says governance is not all about politics but addresses needs of the people like good roads, water and sanitation, healthcare and social dialogue.
“We have realised that people think governance is all about politics. But we want to tell them that they are actually a key ingredient as far as the governance is concerned, because it starts from them in their communities,” Mr Machacha noted.
Through the Ishiwi radio programme, he said, youths have a platform to interact and debate issues of governance.
“And what we do during roadshows helps us to engage the community because we realise that it is important to give the community a platform on which they are able to speak out on issues that affect them in their localities,” Mr Machacha said.
Artistes have also been brought on board the Ishiwi Governance Project.
Musician Lota Mandevu popularly known as Drimz, Brian Bwembya known as B’Flow, HD Empire and Richard Mulenga (T-Sean) are among those that have been interacting with young people during roadshows.
During roadshows, the artists punctuate their performance with awareness messages on governance.
B’ Flow, who is an Ambassador of the Big Sister Real Men Campaign by BBC Media Action under the Tikambe Project, wants young people to utilise their voices for the wellbeing of Zambia.
He says there is power in the voice and the youth need to use it to hold councillors and MPs accountable.
“Our power does not lie in fists, our power lies in our voices. Use your voice to challenge them about what they promised you,” B’ Flow said at a roadshow in Kabwe recently.
The 2015 Mandela Washington Fellow encourages young people to remind their leaders of the promises they make during campaigns.
Through their voices, young people can also address issues of love, peace, unity and condemn political violence.
As governance activities, Drimz, B’ Flow, and a group of upcoming musicians YO MAPS, Splash and Trip Cezo have composed a song called Amaka mwi Shiwi. Young people can easily relate with the song which urges them to participate in the governance of the country.
Similarly, Splash, Trip Cezo and TJ STYLES have done a song titled Youth Power.
Mr Machacha said some of the songs that artistes do during roadshows encourage the youth to talk about issues relating to governance.
“Even as artistes, they also have a responsibility to use their voices to encourage and engage members of the community, especially young people to get involved in governance issues,” Mr Machacha said.
The Ishiwi project has been running for four years and artistes, among other stakeholders have been reaching out to young people through different engagements and avenues.
“We are confident that they have been getting the information that they need to make those decisions that are vital to them when it comes to governance issues,” Mr Mulenga said.
Currently, the BBC Community Media and its partners are evaluating the performance of the project this year and indications are that the targeted age group is receiving the message and some are actually taking part in governance. 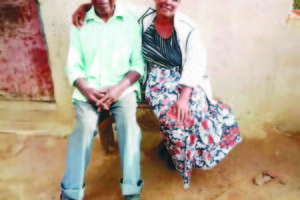 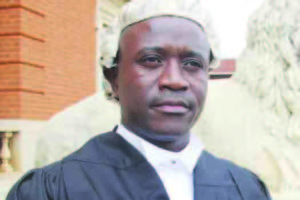 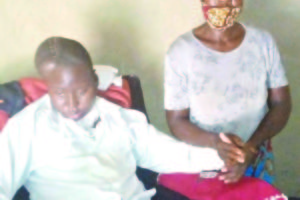