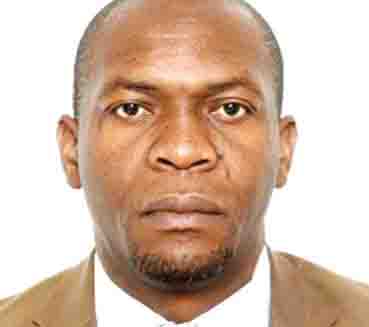 Analysis: GODFREY CHITALU
FEW weeks ago, I attended a funeral in Chongwe. Due to what was termed circumstances beyond control, the hearse arrived at church, exactly two hours late. The parish priest, known for his candidness, had no option but to use his sermon to warn us about the importance of keeping time. As I sat on the pew, flashbacks raced in my mind for the umpteenth time on how Zambian time was slowly becoming a ticking time bomb.
One flashback involved the late President Michael Sata on how he kept health workers on their tentacles with regard to timekeeping. When he was Minister of Health, many times, nurses had to up their game in relation to arrival and departure times at their workplaces, including what they did in between.
I also remembered how, just after his appointment, Zambia Revenue Authority commissioner general Kingsley Chanda laid a trap for his late-coming officers. Caught unaware, hundreds could not manage to arrive at Revenue House at the stipulated 08:00 hours. I don’t know whether the late-coming trend has changed but most of those ensnared blamed our morning traffic jams for their late-coming.
No-nonsense Lusaka Minister Bowman Lusambo also had a surprise for his workforce a few days ago. He went to work, as he normally does, before 08:00 hours but with a mission to observe arrival time by his members of staff. Forty-five civil servants, who are fully aware about the need to arrive on time at work, were caught napping. It was so annoying to passers-by who saw some of the workers arriving an hour late. The minister has since instructed the Ministry of Finance to deduct a day’s wage from affected employees’ salaries. This is as it should be.
A lot of people, given chance, can fill volumes about our late-coming as a nation. One Saturday, I was invited to a party that involved over 100 guests. Knowing that the host was quite strict with time, I arrived 15 minutes early; he was at the gate for the welcoming handshake. Unfortunately, more than half the invited guests came late. Others delayed by half an hour, with some coming as late as two hours.
It is now acceptable that if a guest wants you to come on time, they will joke that you should use London Greenwich Mean Time (GMT), which has a zero hour offset while our Zambian time demands an extra two hours. How many weddings have you attended, with the bridal team coming two hours late? Appointments, funerals and parties have fallen prey to our Zambian time. Our working culture as a nation needs rejigging if we are to be seen to effectively deliver services.
Mr Lusambo might have his detractors but the move he made on his members of staff should be commended. It is but a small step to regaining our past glory, especially in the civil service. Perhaps times are changing.
My first day at work in the civil service, in the early 1990s, had heightened excitement. I reported one hour early. It was not only the excitement of the early working days but the superiors we found always reported 30 minutes before 08:00 hours and helped inculcate the spirit in us for the rest of our work days.
How could you even think of reporting later than your boss? Today, most of the superiors pay a blind eye to violations by their subordinates. I know and hear about many who are compromised beyond measure.
Just to make things easier for workaholics like Mr Lusambo, his office and many others should consider introducing and managing biometric time and attendance systems. This cost-effective measure will track employees’ arrival and departure times. In this digitalised world, there won’t be any need for the minister to lock gates. An in-built system can be installed easily and monitored by the minister or his subordinates in the confines of their offices. It can track entry and exit for all employees at a click of a button.
Using such a system can help prevent those in the habit of saving their friends’ faces as no one can punch for absentees. In like manner, the system does not allow early punching or calibrated log-outs. It can be configured in such a way that it either accepts the national registration card, uses fingerprints or any company prescribed identity card. This is the way to go.
The author is a social and political commentator.