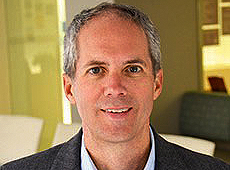 Analysis: SCOTT MORRIS
FOREIGN aid advocates might be tempted to take heart from the budget deal just struck on Capitol Hill, which promises to create some breathing room for US foreign assistance as it boosts defence and non-defence spending.

But it’s important to take a step back and look at the larger picture. The fact is that the overall shift in the US fiscal position, driven primarily by last year’s tax cuts and furthered by this spending agreement, suggests that developing countries will be net losers by orders of magnitude that swamp the entire US foreign assistance budget.
Congress and the Trump administration are now pursuing an aggressively expansionary fiscal policy at a time when such an approach seems nearly guaranteed to drive up interest rates. The ripple effects of this directional shift for the developing world will accelerate and exacerbate a trend toward higher costs of borrowing for developing countries and more limited access to capital markets.
These trends could capture large emerging market economies like Brazil, Mexico, and India. But they will also likely affect a new class of borrowers that includes much poorer countries like Rwanda and Ghana, who will be swept up and ultimately pushed out of bond markets as they find no takers for their debt.
According to World Bank statistics published this year, total external debt stock of low- and middle-income countries globally is currently nearly US$7 trillion and represents a deteriorating position for these countries. Debt sustainability is becoming a problem for a growing number of developing countries, a risk identified most recently in the IMF’s January update to its World Economic Outlook.
The risks are clear enough. Even an orderly and measured increase in the cost of borrowing for developing country governments and firms will squeeze government spending on poverty-reducing expenditures and slow investment in productive economic activities. And disorderly shocks and spikes in debt flows to these countries could destabilise their governments and set back economic progress over a longer period.
Of course, US fiscal policy is just one factor affecting developing country debt, but it increasingly appears to be an exacerbating factor. More spending in the United States on foreign aid is not the problem. Representing less than one percent of the budget, steady and even higher amounts of aid spending can easily be situated within a more responsible fiscal policy. But current US fiscal policy is being pursued with seeming indifference to its macroeconomic effects in the United States, let alone for the rest of the world.
I previously argued that the Obama administration’s domestic response to the global financial crisis was its most important contribution to global development. In the same way, the Trump administration’s fiscal policy may prove to be its most damaging contribution to the developing world.
The author is a senior fellow at the Centre for Global Development and director of the US Development Policy Initiative.