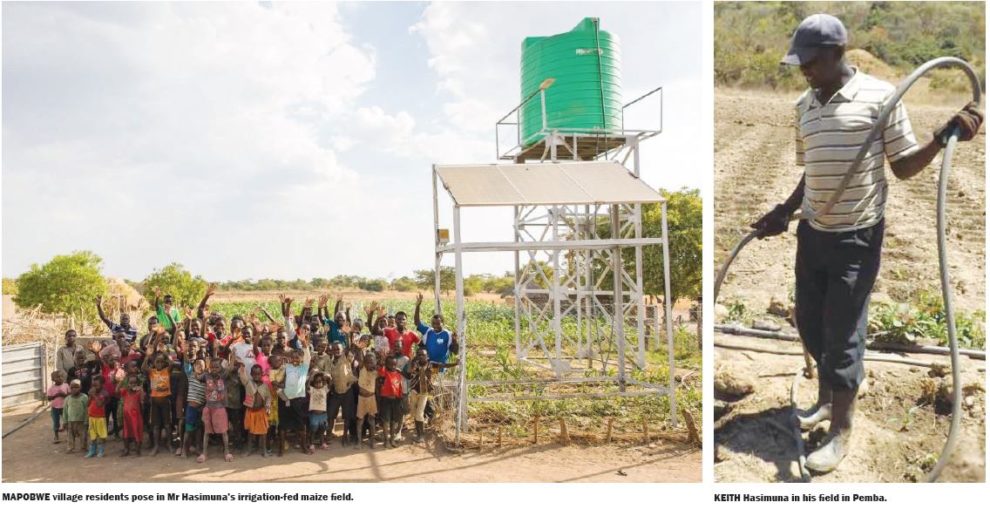 DOREEN NAWA, Lusaka
SMALLHOLDER farmers across the country have been facing a problem of food insecurity because of climate-induced droughts and lack of effective use of irrigation schemes.
Rainfall patterns in the country have become more unpredictable and inconsistent with the traditional farming seasons.
Faced with such challenges, many smallholder farmers in Mapobwe village in Pemba district, Southern Province, adopted small-scale irrigation schemes to improve food security.
Keith Hasimuna, 45, of Mapobwe village, is the head of a household of six people, and for decades he used to worry that his children would go without nutritious food because of his sole dependence on rain-fed agriculture.
Each time the rains are gone, his farmland is left bone dry, especially in the hot season.
But since 2018, his farm has been thriving, thanks to a climate-resilience project providing irrigation services in his area.
Mr Hasimuna has been able to increase the area he cultivates from a quarter to three quarters of a hectare and, apart from the traditional crop maize, he has now added kale, cabbage and carrots to his crops.
Mr Hasimuna says Southern Province is currently experiencing a prolonged drought mainly as a result of below-average precipitation from the seasonal rains (November-March).
He says the significant rainfall deficit in the province has resulted in decreased agricultural production.
Consequently, households are depleting food stocks and are increasingly dependent on market purchases, driving up the prices of staple foods, such as maize.
“Droughts have been increasing people’s vulnerabilities. People in my area do not have food throughout the year; they solely depend on wild fruits during the CLICK TO READ MORE