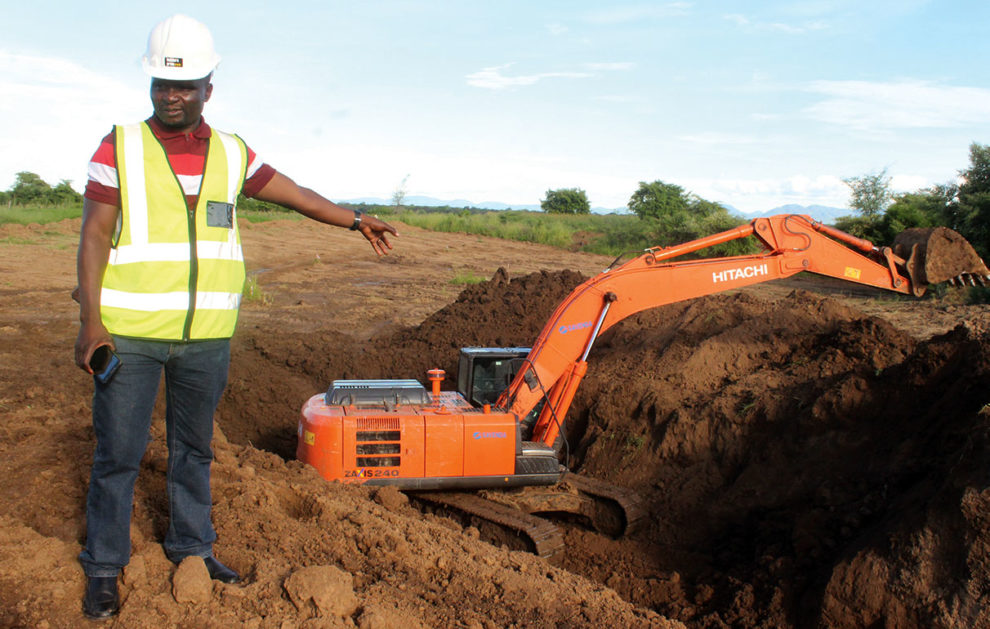 NDANGWA MWITTAH, Siavonga
THE people of the drought-prone Lusitu in Chirundu District will soon benefit from Government’s US$ 4.2 million World Bank-funded irrigation scheme which will give them an opportunity to carry out farming activities throughout the year.
The works are already underway and are being undertaken by Savenda Management Services, which is expecting to complete the project by November this year.
So far, clearing and levelling of 278 hectares of land for the creation of irrigation plots has reached an advanced stage.
Lusitu Irrigation Development Project chief engineer Abedinego Chalikosa says the project involves the tapping of water from the Zambezi River to a central pumping station about 200 metres away.
From the central pumping station, the water will be supplied to the irrigation areas through a system of pumping stations, reservoirs and pipes. Close to 4,000 households are expected to benefit from the project.
The scheme, which is an initiative of the Ministry of Agriculture’s Irrigation Development Support Programme (IDSP), is being actualised on the left bank of the Zambezi River, downstream of Kariba Dam, about 15 kilometres south of Chirundu.
“In general, the works can be described as construction and installation of an irrigation network with all ancillary structures including pumping stations, reservoirs, pipelines, valves and hydrants, and access and service roads,” Mr Chalikosa says.
He explains that Savenda Management Services was working round the clock to ensure that the project is completed before the end of this year so that the people of Lusitu, who only depend on rain-fed agriculture, can begin to sustain themselves throughout the year.
Mr Chalikosa says the irrigation area will be divided into Tier I, Tier II and Tier III to cater for small-scale farmers, a cooperative society and an anchor commercial farmer, respectively.
He says the Ministry of Agriculture had taken a soil analysis in the area and found it to be fertile and suitable for the growing of various crops, adding that the irrigation project will, therefore, be a lifeline for the people of Lusitu.
“The Government wants to improve the bread basket by promoting agriculture. That’s why it is coming up with supportive programmes like the irrigation scheme, which will give people access to water throughout the year. So, as Savenda Management Services, we are working very hard to ensure that this project is completed by November this year,” Mr Chalikosa says.
Savenda Management Services has also, from the contract cost, already created access and feeder roads from the central pumping station to the storage reservoir with a total volume of 2, 700 cubic metres.
The project should have been completed last month but there had been some challenges including adverse weather conditions and the relocation of people from the land earmarked for the irrigation plots to an area where modern houses are being built for them.
Mr Chalikosa says that the villagers could not be convinced to leave their land without first having the new houses ready for occupancy. Therefore, the faster the new houses are built, the quicker the irrigation project will be completed.
Some of the 89 families, however, have already moved into some of the houses that have, so far, been completed by another contractor.
Mr Chalikosa is grateful to the government and the World Bank for the overwhelming support rendered to Savenda Management Services towards the implementation of the project.
Through rain-fed farming, small-scale farmers in Lusitu supply tomatoes and bananas to markets as far as Siavonga, Chirundu and Kafue.
And Lusitu Irrigation Development Project general manager Iain Macrae says the irrigation project is an enormous one as it will transform the lives of the people of Lusitu.
Meanwhile, a member of the Lusitu Community Land Trust has praised the government for the irrigation initiative, saying the people of Lusitu have suffered for a long time because of the rainfall pattern which makes life difficult in the area.
“We can’t wait for the completion of this project. We have suffered a lot. Rain-fed agriculture is not reliable. So, this irrigation project is a very good idea as it will change our lives a great deal,” Monday Sai, whose group acts as a bridge between the community and the implementers of the project, says.
Despite being just about 200 metres from the Zambezi River, Lusitu has never been a beneficiary of Africa’s fourth-longest river that gives life to six countries; from its source in North-Western Zambia, then Angola, Namibia, Botswana, Zimbabwe and Mozambique before flowing into the Indian Ocean. 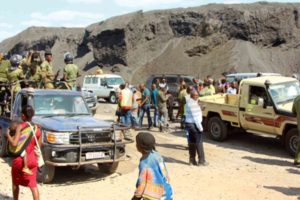 In Korea, but not for Olympics
Shamola creates niche in film