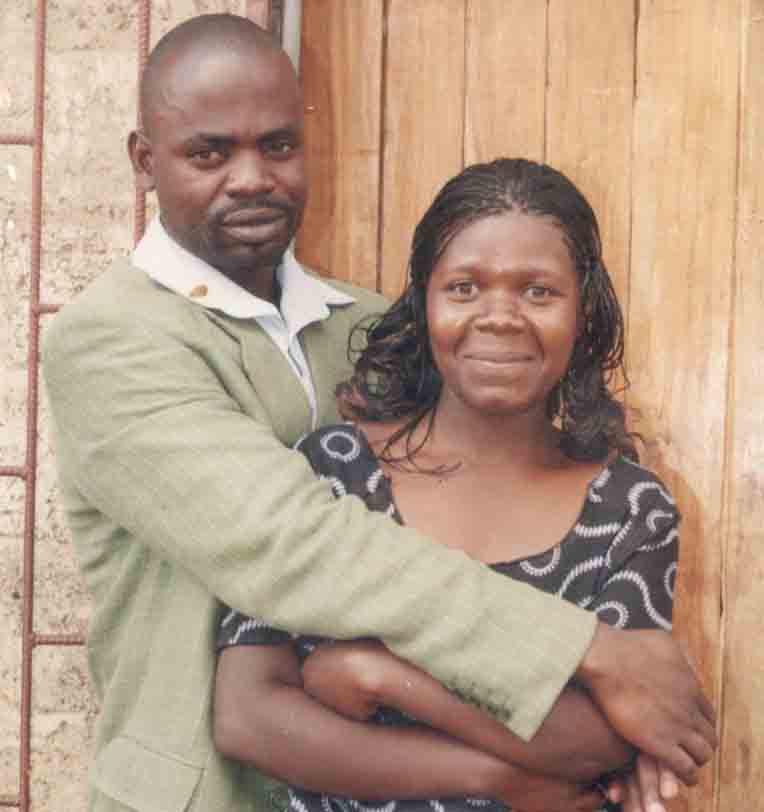 How We Met with KAPALA CHISUNKA
Lusaka
HIS childhood dream, one which he shared with his close family and relatives, was to marry a nurse.
But that changed for Brighton Bilumba when he met his wife, Agnes Mushenka, in 1996 at the Evangelical Church, Kanyama congregation.
Though the two attended the same church,Mr Bilumba, then a fresh graduate, had set his eyes on the imaginary nurse he intended to marry, until one day when Agnes caught his attention.
The two belonged to the same church choir.
The only problem was the language barrier because Mr Bilumba did not speak any Kaonde and did not understand the language.
However, the language barrier did not deter him from eventually approaching Agnes and making his intentions known.
“At the time, I was just fresh from college and so I had many admirers eyeing me but my eyes were set on Agnes. And because of her humble educational background, some of the church members wondered why I had settled on Agnes but they didn’t understand that it was not an education I desired to marry,” he says.
So one day after their choir practice, Mr Bilumba he mustered enough courage and approached Agnes while on their way home. He informed her that she was the woman he wanted to spend the rest of his life with and that he had been praying about it.
Though it was not the response he had hoped for, Agnes asked him why he felt she was perfect for him and after his explanation, she suggested that they individually pray about it before she came up with a response.
That interaction between them ignited a friendship which later developed into a relationship.
At that time, Mr Bilumba was a small hardware businessman and so he felt it was important to raise enough money before he could formally approach her family with the intetnion to marry Agnes.
“When I managed to raise enough money in 1997, our families, including the church, met and I paid the lobola but I refused to set the dates for the wedding because I had nothing to my name. I needed to buy household goods before I could marry her,” he says.
And while he was preparing and setting up a house for his soon-to-be wife, Mr Bilumba says he asked his fiancé to help him with the cleaning at his house, something that did not sit well with the church leaders because they felt the couple had started living in sin.
He says the other challenge that they faced as a couple as a result of the long courtship was interference from Agnes’ family who felt she should not marry a Luvale because she was a Kaonde. He says they felt he was not serious about the marriage.
When he was comfortable with what he had acquired, the couple eventually got married on December 12, 1998. In the 20 years, the couple has five children.
“I didn’t marry my wife because of her physical beauty. I know that that can eventually fade with time. I married her because that was God’s desire for man. It pleases God for man to live in holy matrimony,” he says.
Mr Bilumba, who describes his 20 year old marriage as bliss, says he has had some of the greatest times of his life with his wife because she is supportive of everything he does.
Mr Bilumba, who is also Kanyama Ward 10 councillor, says challenges that they have faced as a couple have taught them to depend and rely on each other rather than involve third parties to resolve their differences.
“In the beginning of our marriage, we used to involve our counsellors from church and our relatives whenever we had problems but we later realised that we were doing more harm than good to our relationship because we had opened our union to too many people,” he says.
To save their marriage, Mr Bilumba and his wife opted to work as a unit and resolve their differences each time they were faced with challenges.
And Agnes says she did not pay attention to him in the beginning when he joined the church choir.
She says he was friends with one of her cousins but as time went on, he approached her and immediately proposed marriage.
“I did like him so he proposed to me. I told him we needed to pray about it. As I got to know him, I realised he was a good man with a kind heart so that made my decision to be his wife easier. I am happy to be his wife,” she says.
Agnes says her 20 year marriage has not been free of challenges but that the couple has become closer over the years and learnt how to resolve issues on their own.
She says she has learnt to be tolerant and patient as a married woman.
Her advice to other couples is, “Courtship is important, I know you can never really know a person until you live with them but it is also important not to rush. People can deceive and marriage is meant to last a life-time, so it is important to be sure about the person you are marrying.”
Mr Bilumba advises couples to place God at the centre of their marriages.
He says marriage is a sacred institution to be enjoyed by both partners.
According to Mr Bilumba, perceptions that marriage is a ‘shipikisha’ should never be entertained.
He says material things do not make a marriage and should never be a prerequisite for two people to marry.
“And most importantly, when it comes to intimacy we must always be available for our partners and never deny them what they want. Even the Bible is clear; do not deny each other except by mutual consent,” he says.

Can the Buffalo change stance?
No safety with ‘fluffy’ on the loose