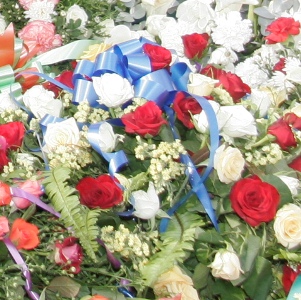 CHRISTINE CHISHA, Lusaka
VICE-President Inonge Wina yesterday visited the funeral house of the veteran politician Lavu Mulimba who died last week.
Speaking at the funeral house, Mrs Wina paid tribute to Mr Mulimba for his contribution to national development since independence.
She appealed to the mourners to remain united in love as they prepare to put Mr Mulimba to rest.
Family spokesperson Ronald Mponda thanked President Lungu and the government for providing logistical support.
Mr Mponda also thanked Mrs Wina for personally visiting the funeral house to console the bereaved family despite her busy schedule.
The funeral is being held at Mr Mulimbaâ€™s farm in Lusaka West.
Mr Mponda said Mr Mulimba will be buried on Tuesday in Petauke after a church service at the Cathedral of the Holy Cross.
This is according to a statement released by senior private secretary in the Office of the Vice-President Sheila Siwela yesterday.