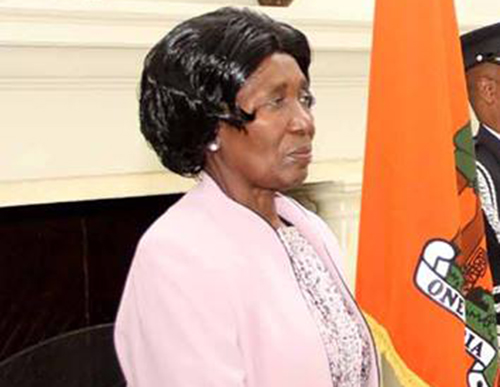 TEDDY KUYELA, Lusaka
VICE-PRESIDENT Inonge Wina says members of opposition political parties are taking advantage of the Patriotic Front (PF)â€™s lack of membership cards to commit crimes and other atrocities.
Ms Wina said cadres from the opposition are denting the â€œgood imageâ€ of the ruling party by committing crimes and other vices and put the blame on PF cadres.
She said this in Parliament yesterday during the Vice-Presidentâ€™s question time.
This was in response to a question from Namwala member of Parliament (MP) Moono Lubezhi (UPND) who wanted to know what action the government will take against people issuing statements that UPND Munali constituency chairman Glyzier Matapa was not murdered by PF cadres but by criminals.