ANGELA CHISHIMBA, Lusaka
GOVERNMENT has called upon Zambia Railways Limited (ZRL) to come up with innovative ideas of raising more funds to recapitalise the company.
Minister of Transport, Works, Supply and Communication Yamfwa Mukanga said Government is also sourcing for more funds to improve ZRLâ€™s operations.
â€œIn as much as Government is sourcing for more funds for this institutions, the board and management should also not sit and wait but they should also raise funds internally,â€ Mr Mukanga said.
He said ZRL is an expensive project that needs concerted efforts by all stakeholders.
â€œAs Government, we want to see a revamped Zambia Railways, and this is a must and not an option. I am also in touch with the Ministry of Finance to see how we can raise more money,â€ Mr Mukanga said.
Government pumped in US$120 million from the US$750 Eurobond allocation to revamp ZRL operations.
The bulk of the Eurobond funds were used for ongoing rehabilitation of the railway network and acquisition of new wagons.
Zambia issued a US$750 million Eurobond. The country joined other African countries such as South Africa, Nigeria, Ghana, Gabon, Senegal and Namibia which have issued similar bonds on the international market. 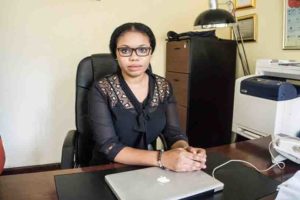