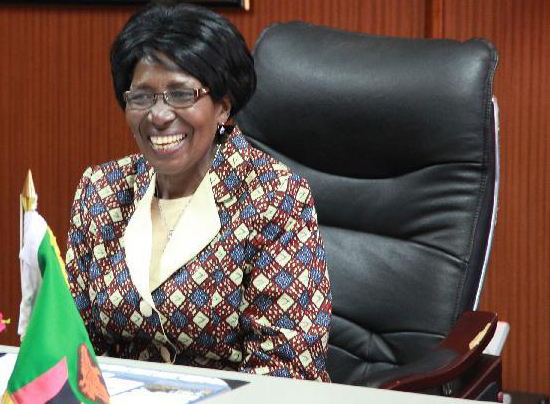 STEVEN MVULA, Parliament
THE annual rate of inflation that has recorded a significant decrease must not be doubted because figures do not lie, Vice-President Inonge Wina told Parliament yesterday.
Inflation has dropped by 6.4 percent from 18.9 in September 2016 to 12.5 percent this month.
Mrs Wina said Minister of Finance Felix Mutati will next Friday explain how the economy has performed and will perform in the next fiscal year as he unveils the 2017 budget.READ MORE