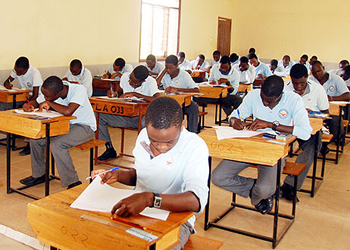 The good performance is commendable, especially that Government schools have outperformed private schools. The schools are showing that Government’s efforts in improving education standards are not in vain.

Government has been consistent in the teacher recruitment exercise in the last few years, out of the recognition that education plays a vital role in national development.
Out of our education system has come myriads of different professionals who have contributed immensely to make Zambia what it is now.
For some of our professionals who have served abroad, their contribution has been invaluable and most of them have done the country proud.
It is for this reason that Government should continue to support the education system by funding it adequately and providing teachers and education facilities, like it has embarked on the construction of a number of schools.
While the demand for school facilities may not be acute in the areas, it is more pronounced in the rural areas where children have to travel long distances to access education.
We, therefore, urge Government not to relent in its programme of building schools in both urban and rural areas.
While it is a mix of factors that can lead to an increase in the number of schools that record a 100 percent pass rate, we are convinced that building more schools is one of them.
We also commend the Government technical schools for coming out with the best results among all the categories of schools. We agree with Dr Wanchinga that their performance is an indication that Government’s investment in the learners in science and technology is paying off.
Science and technology play an important role in industrialisation and it is a settled matter that the school is the best platform to impart this much-needed knowledge in the two subjects.
However, as experience shows, there are more boys than girls who are enrolled in these subjects.
As a nation, we need to see how we can encourage more girls to take up science and technological subjects. The skewed scale in favour of boys is not a positive indicator among the benchmarks of national development.
We also urge education authorities to take stock of results in some of the provinces that have performed poorly, and have been so consistently.
We know that we have qualified and experienced teachers who are able to prepare children to produce better results and we are confident that that they will rise to the challenge.
From the results, the lowest performing provinces are Copperbelt, Western and North-Western provinces. These provinces had poor results even last year.
On its part, Government has instituted stringent measures to ensure it has the best teachers in the profession. Recently, there was a scrutiny of teachers who did not meet the qualifications to enter a teacher colleges.
We believe that teaching, like any other profession, deserves the best qualified candidates to take on the professions so that they keep the flag of the fraternity flying high while they give their best to the pupils in schools.
We hope the scrutiny will continue so that the profession is weeded of the chaff while retaining the best for the sake of our children and the country.