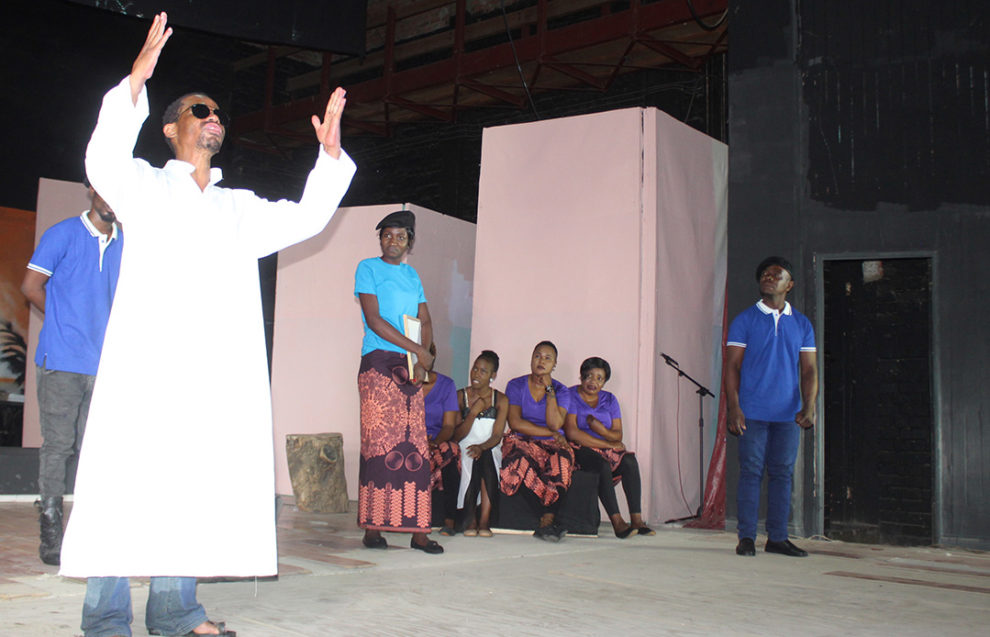 NICHOLAS KAWINGA, Lusaka
LUSAKA Playhouse last weekend shot alive again after the previous week’s showing of The Natives was followed by a thrilling thought-provoking musical piece of drama nourished on a conflicting belief system titled In Memory of Ponke Kaira.
Written by veteran playwright Prof Dickson Mwansa and directed by a seasoned Tikwiza Theatre creative mind Masautso Phiri, the play among many, features theatrical giants like Wesley Kaonga (Zondwani) as the lead character, Frank Ntewewe as an uncle of Ponke and the award winning singer Maureen Lilanda who transitioned to acting as Busa, the moral voice of a church.
The play is on a double set, and opens to Delilia (Nsofwa Mwiimba) and Zondwani under a shaky spotlight, but in a cultivated romantic feel, spiced with some melodious singing to the glow of both actors.http://epaper.daily-mail.co.zm/