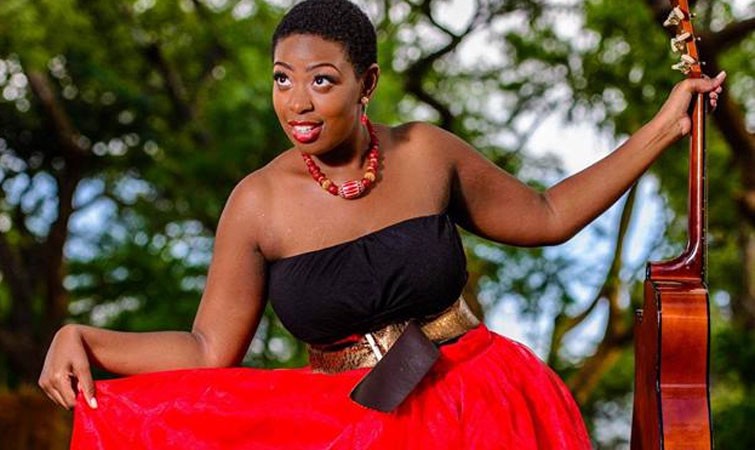 NDANGWA MWITTAH
Livingstone
AFTER being quiet musically for a while, singer and songwriter Scarlet announced her comeback at the start of the year.
Last week, the Munisungile Banja singer featured on Radio Phoenix’s programme Weekend Conversations with Mumba where she opened up, giving listeners the chance to get to know what she has been through.
But first it was about music.
“I love music, music is something that has always been in my life,” Scarlet, who was born Jemimah Lerato Chulu, said. “This is something that I really loved doing and maybe giving up on it wasn’t such a good idea after all.”
Scarlet is back in studio working on an album titled Finding My Way.
“I am actually a big planner,” she said. “Before the coronavirus, I sat down with my best friend and literally planned my shows for the whole year. There was supposed to be a show every three weeks, there was supposed to be one in September, October, November and another one at the end of the year in December where I wanted to feature a bunch of other artistes.
“I just can’t pull them off right now because I won’t fill the room because now we are social-distancing. So, it doesn’t make sense for me to do that now, I am kind of held back and when it comes to shows, I am waiting for the world to open, but they are already planned.”
She said her album will be produced by Lazarous Zulu, her long-time music director who has been part of everything she has done the past decade.
“We’re going to work with other people as well,” she said.
“Yes album, yes shows, yes videos!”
Scarlet named some of the songs on the album as Ilyashi, Ulipo, Find Your Way and K10 (Stella’s Song), among others.
The theme is around inspiration and self-discovery.
“It’s basically about finding my way with love, family, myself and getting to a certain level of acceptance,” she said
Her next album after this will be called something else but will be a continuation on the one she is currently working on.
Ulipo was the first single she released this year.
“I wrote it in 2015 and was just sitting on it. I have a lot of material that I was just sitting on,” she said.
Ilyashi was also written in 2011. Apparently, Scarlet has a lot of unrecorded songs.
“These are like really old songs but never pushed or promoted and Ilyashi is one of those old songs that was initially recorded with Taz at Goemi Records and the original featured Samba but got lost when the studio was robbed and never really had the time to re-do it,” she said.
“Otherwise, it is basically talking about people’s marriages falling apart. I think all of us have experienced and seen a lot of stuff in homes. I am not married but some of us have experienced certain things in homes and this is just a song that we wrote as a scenario that many people have probably seen, maybe not as strong as this one.
“To have it come out nine years later and people still love it, is why I love doing what I do.”
The other song is K10 (Stellas Song), which she says is close to her heart. It is inspired by late Lilly T’s Mvela Mwana and features her late grandmother.
“When I started playing around the title, it was about money,” she shared. “I wanted to write a song that would encourage people not to complain about the fact that they don’t have money. So, I drew a lot of inspiration from Lily T’s song because the pattern of the song is similar.
“The chorus is taken from a conversation I had with my late grandmother when I was in the depth of my depression.
I wanted it to be about money, but it ended up being about dreams and being grateful – but the video is totally going to be about a K10.”
Did she say depression? Yes, fortunately, she overcame it.
Scarlet is also able to share how to overcome depression.
“Everyone’s say is valid, but you also have to understand that everyone’s situation is unique to them,” she said.
“Don’t tell people that they should be grateful with what they have and how they should pray about it, don’t do that. I think it’s extremely insensitive to do that.
“I think talking to somebody helps. Therapy helped me and to others medication is the one that can help. But as far as I am concerned, getting out of it is entirely dependent on oneself.
For me, I have an amazing therapist.”
Scarlet describes her music journey as very enlightening so far.
“I think I have a lot about myself, people, music and I knew absolutely nothing about music before this,” she said.
“I still know very little, but I have realised that when you do something you love, and you do it really well, it leads you to places and people that you’re supposed to experience or encounter in your life.
“To me, it opened a lot of doors and experiences that I wouldn’t have opened had I been something else.”