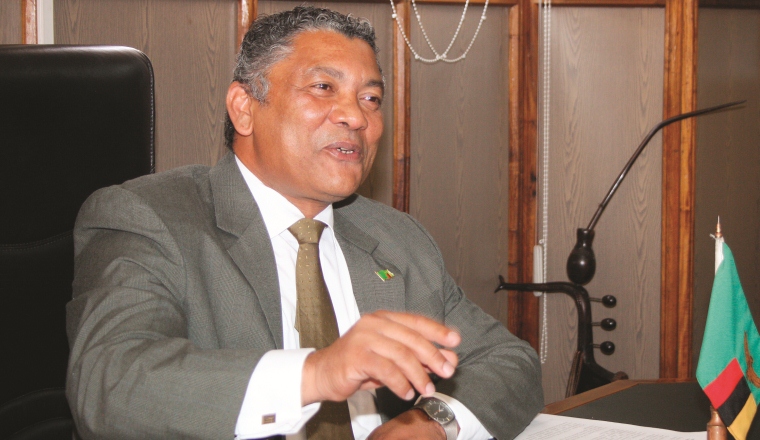 STEVEN MVULA, Lusaka
MINISTER of Agriculture and Fisheries Given Lubinda has allayed fears that imported fish is not wholesome and safe.
Mr Lubinda told Parliament on Tuesday that there is regular inspection on any food that is imported into the country.
The minister said there are very well laid procedures that are followed by importers of fish who are regulated under the Food and Drugs Act as well as the Public Health Act.
Mr Lubinda was responding to a question by Mpongwe member of Parliament Gabriel Namulambe (PF) who said some imported fish is â€œtastelessâ€ and there is therefore a possibility that it could be a danger to peopleâ€™s health especially that the Zambia Bureau of Standards (ZABS) does not inspect imported fish.
â€œThe taste of the Tilapia fish imported is very bad. Now that there is no inspection mechanism of this food that comes into the country, what are you doing so that we donâ€™t get sick out of this fish that is not inspected by anyone?â€ Mr Namulambe asked.
Mr Lubinda said the fact that ZABS does not inspect fish, does not mean it is not checked at all.
Mr Lubinda said the ministers responsible for Health and Local Government and Housing and Community Health have institutions that ensure that no food comes into Zambia without them being inspected.
â€œMr Speaker, there are systems in place that ensure that the food that comes into Zambia is wholesome and healthy for the consumption of our people,â€ he said.
Mr Lubinda then said in a jest that if Mr Namulambe is not happy with the taste of fish imported by a particular enterprise, he is at liberty to consider taste enhancing additives to make it tasty.
â€œThere are a lot of taste enhancing additives on the market, such as curries which this member can use. Further, if this member has evidence that a particular importer is importing unwholesome fish, he can bring it to the attention of my office and not use Parliament,â€ Mr Lubinda said.