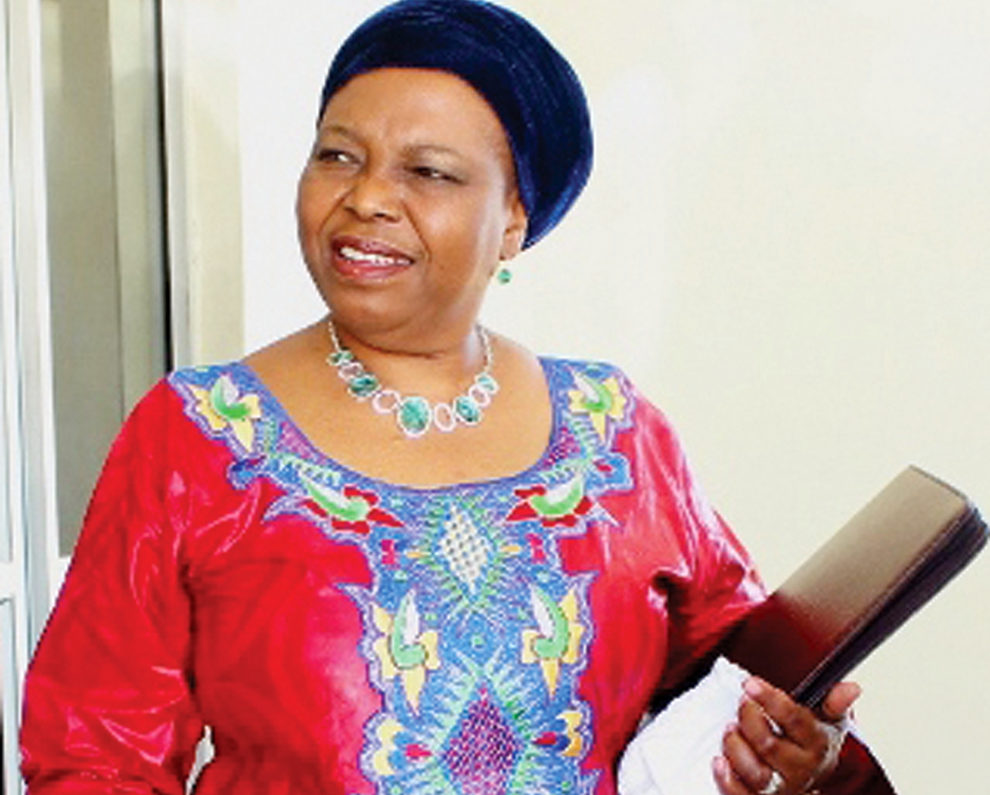 MORAL values exist as both an integral part of a person’s life and a pillar of any civilised society.

Actually, moral beliefs are the reasons that separate human beings from animals.
Zambia, as a Christian nation, derives all principles through which its citizens must live a godly life from the Bible.
Any departure from the norm, therefore, amounts to deviant behaviour that is abhorred by society.
If our belief, as a people, is that the union of a man and a woman through marriage is sanctioned by God, and that it is holy, then we can only agree that the coming of sex robots onto the ‘global sex market’ can surely do one thing – accelerate moral degradation in society.
Minister of National Guidance and Religious Affairs Godfridah Sumaili, like many others who wish to see high moral standards and ethical behaviour upheld in the country, is disappointed that there are people and organisations that are defending the use of sex dolls by men, a practice that is against our cultural and biblical values.
When she says Government will not condone and entertain unacceptable practices that infiltrate and corrupt morals of people, it serves as a reminder that we are governed through laws enshrined in the country’s Constitution. Usage of sex toys and dolls also entails breaking the law.
Section 177 of the Penal Code forbids the importation, sale, conveyance and engaging in the promotion of any object that is obscene in nature, as such material only serves the purpose of corrupting morals.
We couldn’t agree more with those who argue that such inventions, if allowed to be part of our existence as a nation, will only serve to portray women as sex objects instead of human beings who are equal partners in development.
We should also be thinking about the dangers that can be caused by such immoral practices, which can even reverse stakeholders’ efforts in their fight against gender-based violence, particularly sexual harassment, rape and defilement against women and girls.
One can only wonder why some people think sex dolls have the potential to replace prostitutes, ‘help’ people who are lonely and curb sex trafficking. It is good that Government has continued to recognise the role of the Church in the well-being of society. Therefore, in matters such as these, the Church is expected to provide spiritual guidance, just as it has done in many other areas.
The work of ensuring that moral values and graciousness are rooted at the centre of people’s lives is of great necessity today, more than at any point in the past, because the youth are in immense dilemma, facing enormous challenges.
For socio-economic progress to be attained – and people’s cultural values sustained – citizens must embrace decency, self-respect, propriety, honesty, consideration, courtesy and righteousness right from a tender age. Self-discipline will surely help one to hold on to these values.
With such moral values, it will be easy to recognise the possible threat of diminishing morality in the society. Men and women should not struggle in an effort to know what is right, wrong or truthful so that they can positively guide the young people, tomorrow’s leaders who must carry on with the country’s development agenda and promote ethics that enrich the land’s traditions and culture.
Citizens should abide by the law. Nowhere in the country should there be any news that someone has started manufacturing sex robots. It is good that Reverend Sumaili has also put it clear that her ministry will work with law enforcement agencies to deal with this problem.
People should be cautious about activities that may cause them to break the law, including those that corrupt morals. Immoral acts should have no place in Zambia.

Heed President’s warning on wastage
Reforestation: Call to all