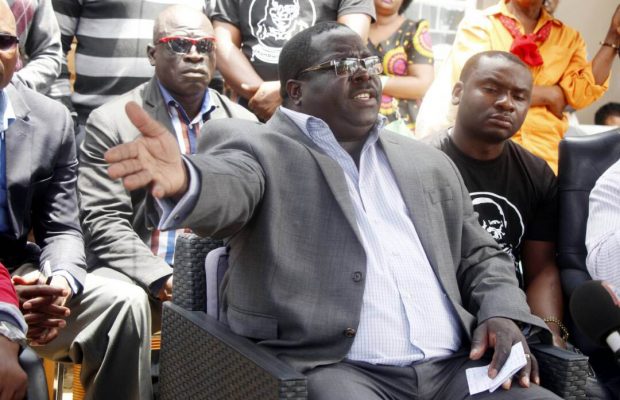 JUSTINAH KAPAMBWE, STEVEN MVULA
Lusaka
A WEEK after declaring his readiness to take up the leadership of the Patriotic Front (PF), now in opposition after 10 years in government, Chishimba Kambwili has now sought to justify why he believes he is the best man for the job – he says he is Michael Sata’s vision carrier.
It might be seven years since Mr Sata – the PF’s founding leader and the country’s fifth President died – but Mr Kambwili is still able to evoke him. This could be testament to the hold Mr Sata continues to have on the PF even after seven years of former President Edgar Lungu being at the helm.
Mr Kambwili, a founding PF member and former Cabinet minister who fell out of favour with Mr Lungu before coming back to the fold in the run-up to last month’s general election, believes he can carry forward Mr Sata’s vision.
Mr Sata, nicknamed King Cobra because of his fiery rhetoric and somewhat venomous tongue, swept to power in 2011 after 10 years in opposition. He rode on a populist standing of “more money in people’s pockets”.
But despite the PF raising public sector wages initially and CLICK TO READ MORE

President urges leaders to be bold