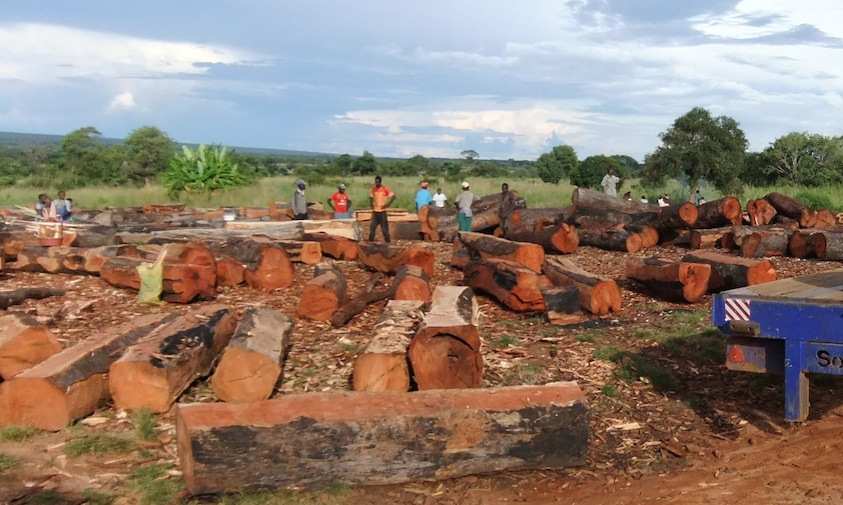 JACK ZIMBA, Lusaka
SESHEKE Central member of Parliament Frank Kufakwandi has described the extent of illegal logging in his constituency as an emergency that needs urgent attention.
Mr Kufakwandi, who is United Party for National Development MP, said Government needs to urgently address the situation.
â€œThis is a matter which Government must look at urgently. We should take this issue of the destruction of forests in Sesheke as an emergency. It needs immediate action,â€ he said.
Mr Kufakwandi said some people pay villagers as little as K30 for the highly prized rosewood.
â€œOur people should not be exploited like that by foreigners. No one should allow anybody to cut a tree that takes 60-80 years to grow in their field,â€ he said.
Mr Kufakwandi said some Zambians are being used as fronts by foreigners to harvest the timber, as well as to trade.
He said the harvest of the rosewood is against both state and customary laws, and people should be sensitised to preserve the forests.
Mr Kufakwandi said according to records at the Forestry Department, only four people have license to harvest timber in the area, but many others harvest the timber illegally.
He said the Forestry Department in the district is understaffed and lacks resources to effectively stop the illegal logging in order to manage the natural resource for future generations.
â€œWe as a generation have the responsibility to hand over to the next generation these forests, in fact in a better state than they are today. We cannot, because of greed try to destroy all the forests which we ourselves inherited from the previous generation,â€ he said.
Meanwhile, Mr Kufakwandi said Government should start preparing food aid for his constituency as much of the maize crop has been damaged by stalk borers and floods.
He said some parts of his constituency, especially those lying in the valley, have received excessive rainfall, causing flooding.
Mr Kufakwandi is, however, happy that Government has put about 3,500 people in his constituency on the social cash transfer, saying the move will uplift the living standards of the people.