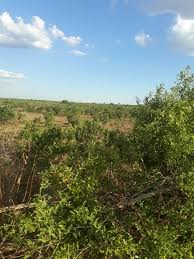 ILLEGAL land transactions are a historical problem in Zambia, although it became more pronounced during the Movement for Multi-party Democracy reign and degenerated under the Patriotic Front regime. During the previous government, it became a norm for councillors, political party cadres, and deceitful council officials to engage in unlawful land deals. Political cadres encroached on or sold pieces of land even when they knew that such properties had already been legally leased to other people.
This is despite the fact that only the Ministry of Lands and Natural Resources and local authorities are mandated to demarcate state land after all necessary legal procedures are followed. The unlawful trend has resulted in law-abiding citizens being displaced by those purporting to be party cadres and council officials. In some instances, land owners have ended up being injured by illegitimate land occupiers in the process of forcing the intruders to legally vacate their properties. Illegal land acquisition is rampant in urban areas where people who masquerade as political party cadres have indiscriminately invaded private and public land. In Lusaka, areas like State Lodge, Lusaka West, and Silverest have experienced unprecedented levels of illegal land businesses. Although there are numerous causes of unlawful acquisition of land, such as owners not developing their properties for a long time, one other ground is the rather light punishment meted out to culprits. Currently, the chastisement for illegal land dealers is two years imprisonment or 200,000 penalty units, which are not deterrent enough to would-be law-breakers. Against this backdrop, Government is contemplating enacting stiffer penalties for people who engage in illegitimate land deals to serve as workable restraining measures. We learnt yesterday that the Ministry of Local Government and Rural Development is considering enacting laws which will see offenders receive harsher punishments than the current penalties. Minister of Local Government and Rural Development Gary Nkombo said the jail term of two years and a fine of 200,000 penalty units slapped on trespassers on other people’s land are not deterrent enough to curb the criminality.
The minister was speaking during an annual general conference for planners in a speech read for him by director of physical planning Numeral Banda. Mr Nkombo urged planners to report anyone found illegally allocating land to police so that they can be arrested and prosecuted and not to wait until structures have reached advanced stages. The consequences of not reporting those putting up structures on illegally acquired land are the demolitions of houses we have been witnessing. People whose houses are razed could have bought the pieces of land without bothering to probe the legalities surrounding the properties due to ignorance. So, the minister is right to prod planners to report illegal land allocations to avoid demolitions, which leave people homeless. Apart from demolitions and other offshoots of illegal land dealings, there is the challenge of haphazardness in the way structures are built. Planners are never there to advise on how such structures should be built because illegal land owners fear involving technocrats from local authorities because they can be reported to police. In the event of emergencies like abrupt fires, it becomes very difficult for firefighters to navigate their way to affected houses because there may not be well-planned roads in settlements where structures are messily built. In such places, it is also hard for water utilities and electricity suppliers to serve people, which ultimately affects development at national level.