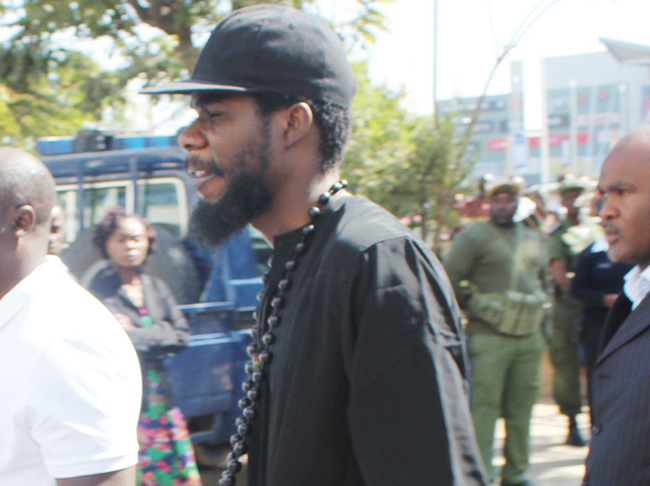 PRISCILLA CHIPULU, Lusaka
MUSICIAN Fumba Chama, commonly known as Pilato, yesterday told the Lusaka Magistrate’s Court that he left the country because of threats he received from individuals, and not from police or the Judiciary.But the State challenged Chama to adduce evidence of threats he received from the said individuals.
And Chama’s police bond has since been revoked upon his arrest on Wednesday at Kenneth Kaunda International Airport (KKIA).http://epaper.daily-mail.co.zm/