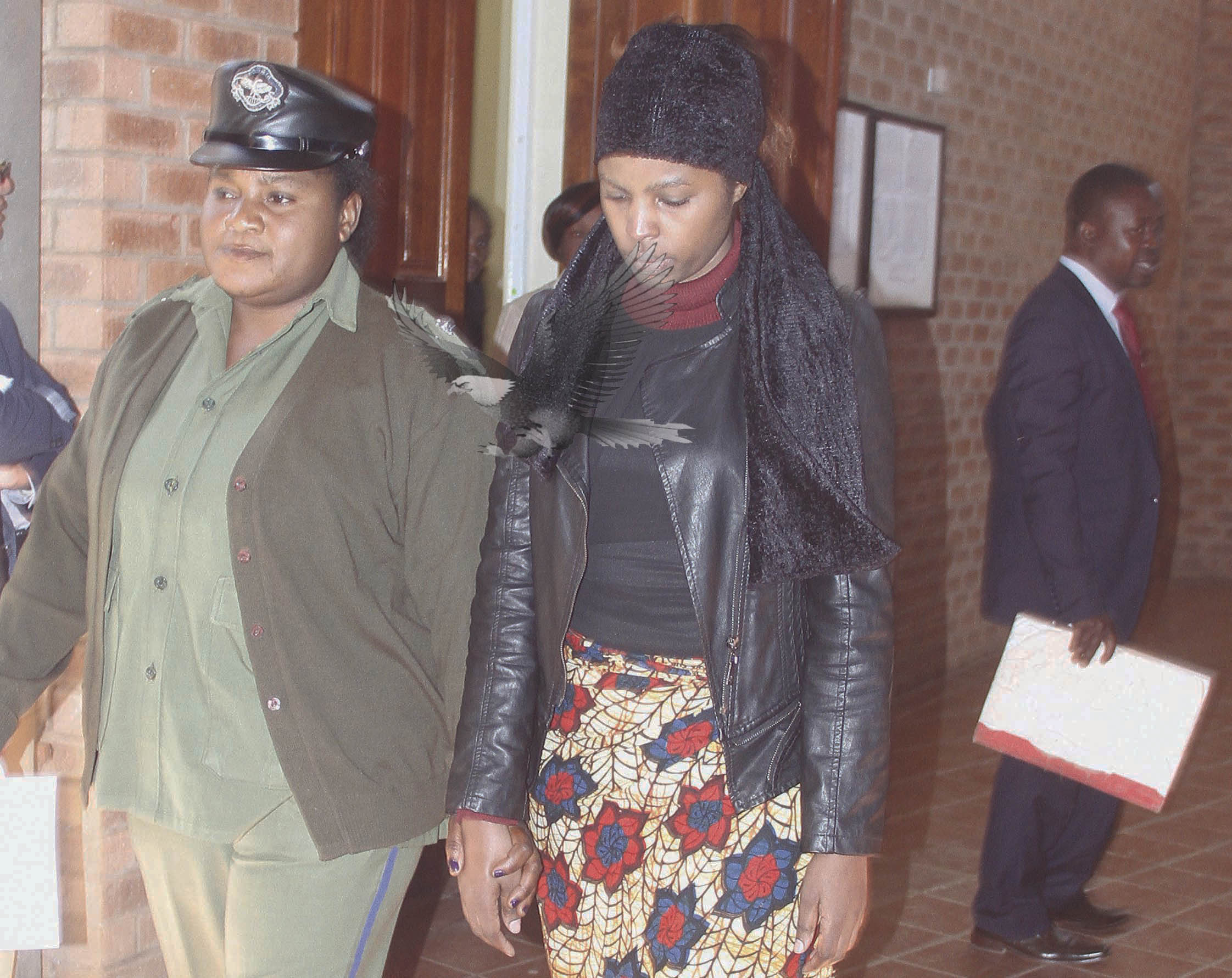 CAROLINE KALOMBE, Lusaka
PRECIOUS Longwe, the 30-year-old banker who is alleged to have murdered her husband by shooting him five times, has maintained that she accidentally shot him during a fight.
When the case came up for continued defence, Longwe said she was drunk when she shot her husband, Akakanda Litebele, and that she does not remember what transpired.
This is in a case in which Longwe of an unknown house number off Buluwe Road in Woodlands Extension is charged with the murder of Mr Litebele.
It is alleged that Longwe on May 25, last year, in Lusaka killed Mr Litebele by shooting him five times.
Longwe testified that she arrived home after a drinking spree and found Mr Litebele sitting on the couch with a gun next to him.
Longwe narrated that she saw Mr Litebele charge towards her and that she was afraid that he would strangle her.
She said the gun had a safety catch but that she was not the one who disengaged it.
Longwe said Mr Litebele had allegedly disengaged the gunâ€™s safety before the struggle.
Longwe said she did not throw the gun away during the struggle because she was scared of her husband.
â€œI cannot recall all that happened during the incident because I was drunk. Some of the things that I told the court happened before I started drinking around 18:00 hours,â€ Longwe said.
And her father, Alphonso Longwe, said Precious is his first-born daughter and that her marriage to Mr Litebele was her first.
Mr Longwe noted that there were problems in the marriage and that her daughter had no trust in her husband.
He said Mr Litebele allegedly had a child outside wedlock and that this caused the mistrust.
Mr Longwe said Mr Litebele had called his wife [Preciousâ€™ mother] complaining that his wife had not gone home with him after attending a party.
He said he was disturbed that his daughter had decided to stay out drinking when her husband was at home.
Mr Longwe recalled that his wife called their daughter [Precious] and advised her to go home.
Mr Longwe said Precious later called saying she was home and that she again called after a while asking to speak with him.
He said Precious told him that there was an accident and that her husband had been shot.
And regarding the text message in which his daughter had written to her husband that â€œhe would payâ€ after he called her parents informing them about the problems they were having, Mr Longwe said it was against culture for Mr Litebele to do that.
He said he understood the message to mean that Mr Litebele would pay by presenting a chicken to him and his wife because parents are not supposed to know about problems that their children are encountering as they could be disturbing.
Mr Longwe said marital problems in the Chewa culture are supposed to be reported to the marriage counsellor, who would counsel the couple.
High Court judge Sharon Newa adjourned the case to April 13, this year for judgment after Longwe closed her defence.