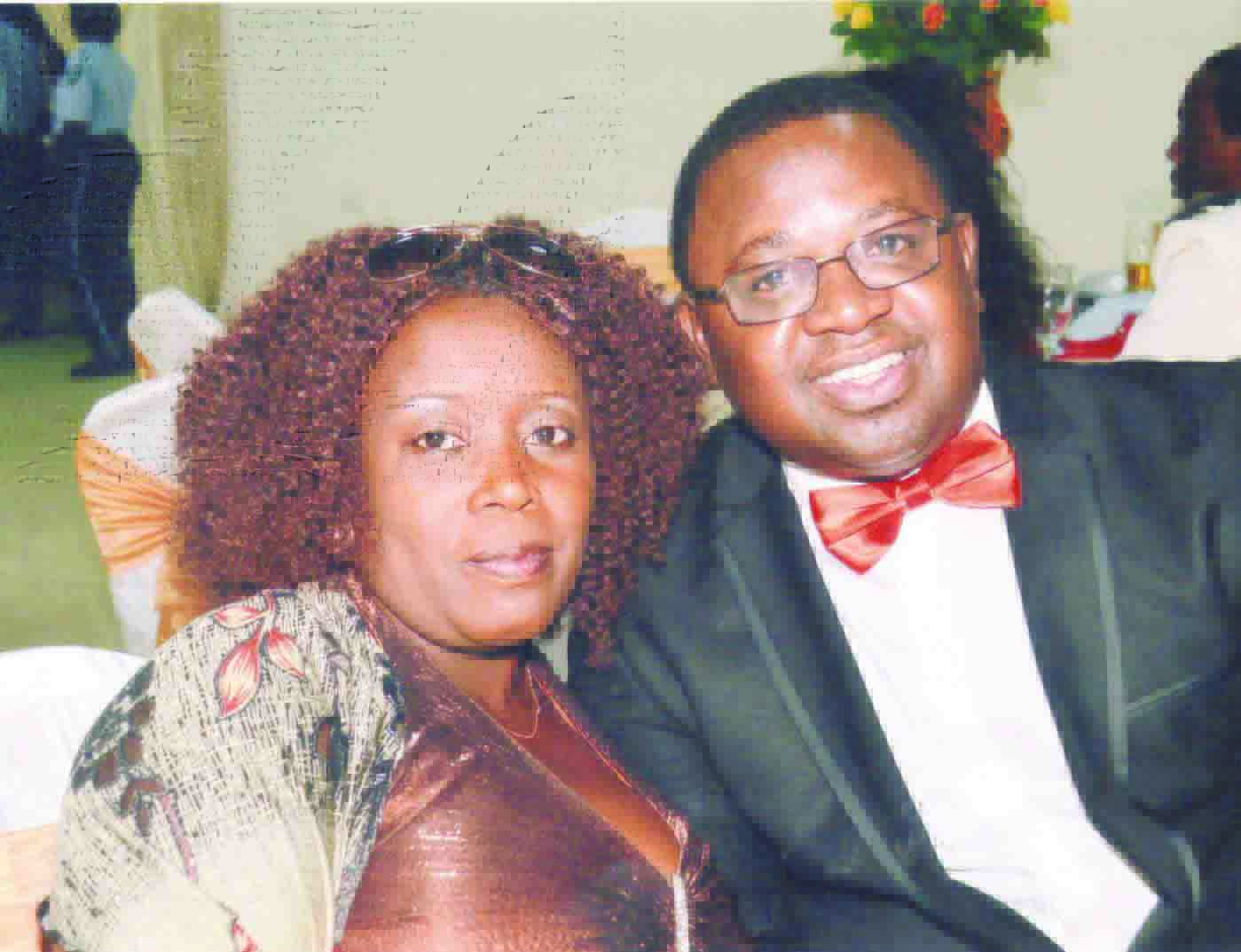 HOW WE ME with YANDE SYAMPEYO, Lusaka
JOHN Chimfwembe was determined to marry his soul-mate, Thandiwe Chirembo, even when his proposal to marry the woman of his dreams was met with resistance from her family.
Entangled in misconception surrounding his personality and businesses, one thing in his mind was certain, he would not let go of his life-time partner, not for anything.
A household name in Lusakaâ€™s Chelstone area , John remained resolute to marry the love of his life as he could not imagine living without her â€˜talkativenessâ€™ but yet frank personality to which he was attracted.
Married for 18 years now, with three kids, John, who was born and bred in the area, is the proprietor of the famous Locals Pub, among other businesses.
He met Thandiwe at the local Catholic Church in 1993, when he was the youth coordinator.
John recalls how he was convinced Thandiwe was his life-time partner the first time they met at church.
Having experienced a not so comfortable childhood, he vowed not to rush into marriage until he had means to raise a family.
John tasked himself to own a house and be financially stable at 30 years old, failure to which marriage would not be his â€˜portionâ€™.
â€œI had vowed that I would never marry because of the way things were unfolding in my life. I thought I would not have the capacity to keep â€˜somebodyâ€™s daughterâ€™.
â€œAnd so I set goals, which was that if by the age of 30 years I could not own a house, then there would be no need for me to rush into marriage. But by Godâ€™s grace, the time I was that age, I owned a house. When I saw her, my concept of not marrying was slowly â€˜dilutedâ€™,â€ he says.
John recounts how he tirelessly searched for a life-time partner but none of the women he met matched his â€˜checklistâ€™ until Thandiwe emerged.
He describes his better-half as a unique lady of substance who has brought joy in his life.
â€œMost people feel Iâ€™m a quiet person and so when I met her, I noticed she is a little talkative but yet frank person. I was attracted to that and knew she was the right checkmate,â€ he says.
For Johnâ€™s wife, his leadership skills and trust-worthiness drew her to him. She recalls how youths at church had confidence in his mentorship.
â€œI was undergoing lessons for baptism and the youth coordinator saw me and asked if I was interested in attending youth activities and that is how we met.
â€œWe were very good friends and eventually, I became the vice chairperson, so we were just friends but after some time became more than friends,â€ she recalls.
However, the coupleâ€™s engagement was not easy-going as it was marred with falsehoods against him.
Thandiweâ€™s mother was hesitant to accept John as her in-law as apparently, she was â€˜fedâ€™ with wrong information regarding his personality.
John was accused of having more than10 girlfriends and masquerading as a businessman when he was not.
â€˜My proposal met some resistance, it was a very dramatic incidence. I used to visit her place but when she broke the news about my intentions to marry her, â€˜hell broke looseâ€™.
â€œSome people gave my mother in-law wrong information on me. This did not sit well with her,â€ John recalls.
He is grateful to God that the episode is now water under the bridge.
Thandiwe, a secretary by profession, gave up her career after she united with John in 1999; to help him run the businesses.
â€œHe asked me to join him and I thought it was a good idea because it was an opportunity for us to bond even further.
â€œI must confess running a business is quite a task but with time, I adapted and I must say Iâ€™m used to it now,â€ she says.
Thandiwe, who is in and out of the country on business trips, is glad her husband has confidence and trust to enable her to partner in the business.
â€œThe only time I face difficulties in running the business is when my husband is not around and a matter demanding an urgent and collective decision emerges,â€ she says.
On the other hand, John at times loses some â€˜sleepâ€™ when his wife is out of the country because of the strong bond between them.
John, who had ambitions to be a journalist, does not regret choosing business as his career, with a loving and supporting wife.
Although most of the coupleâ€™s time is taken up by the business, they ensure they spare quality time for their children and avail themselves to other family members when their presence is required.
The couple, like any other, is not immune to challenges, which they resolve via dialogue.
â€œAt times when we quarrel, he avoids talking to me stating that I talk too much and in such cases, he sends me a text message and we eventually resolve our differences,â€ Thandiwe says.
She advises people in courtship to avoid rushing into marriage but take time to know each other more before they get united in holy matrimony.
For those whose marriages are on the rocks, Thandiwe advises them to hang on as there is no challenge that cannot be over-powered by prayer and dialogue.
â€œYou are stronger than you think. Learn from your hardships, overcome and forge ahead in life. No matter the situation, you have the ability to get over it,â€ she says.
John also feels the best way couples can minimise conflict in marriage is to know each otherâ€™s background.
â€œGet to know your partnerâ€™s family and his or herÂ  background very well before you marry so that nothing â€˜surprisesâ€™ youÂ  in marriage.
â€œIâ€™m glad my wife and I dated for over five years before we married. It has been an exciting and challenging experience and I donâ€™t ever regret marrying this lovely woman,â€ John says.

Is gender equality missing in the media?
Vida making a mark in fashion industry