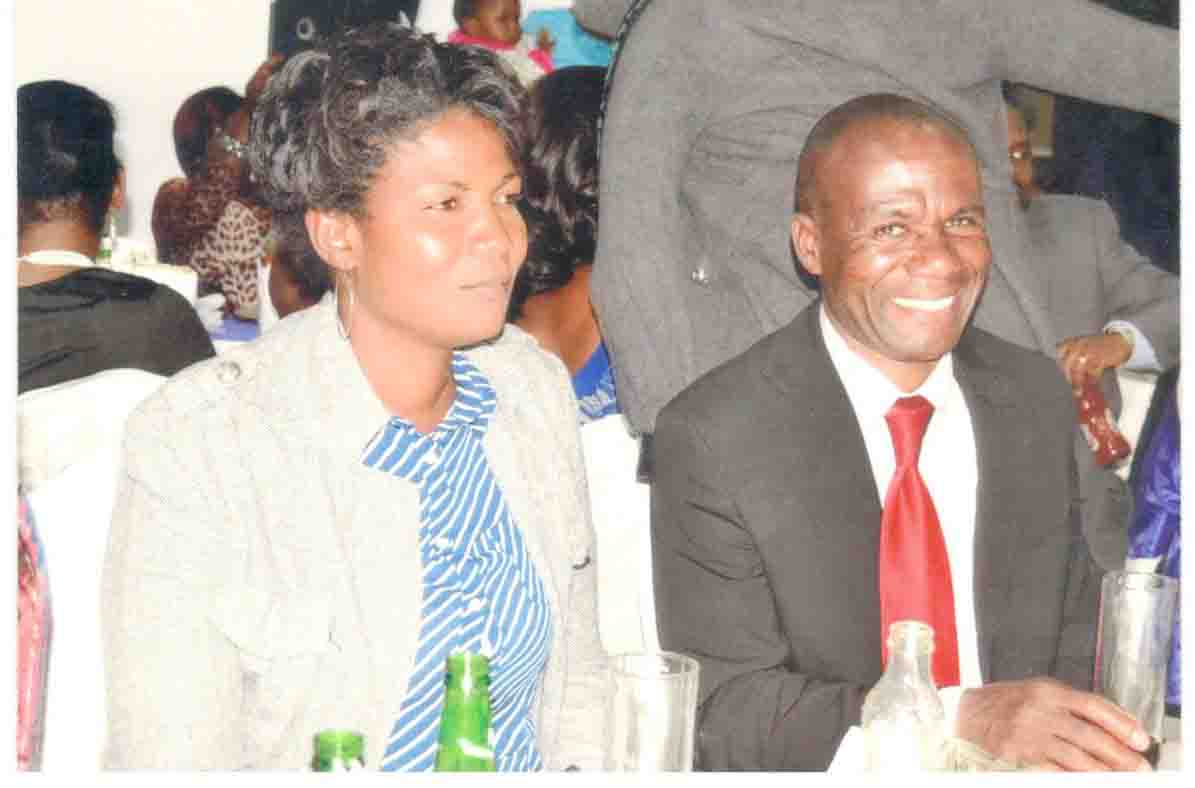 MIKE MUGALA, Lusaka
When he married his wife, Crispin Chisulo says he had nothing, but 19 years later, their love for each other grows stronger each day.
Crispin and his wife, Zareen Musonda, were neighbours for some time,but it did not cross Crispinâ€™s mind that Zareen would become his wife one day.
According to him, Zareen was a friend of his nieces whom he helped with homework.
He decided he was going to marry while in Grade 8 after realising he could not continue with his education because of financial constraints.
â€œI looked around and tried to compare the ladies and I was convinced that Zareen would make a good wife. I was very happy when she accepted my proposal.â€ he said.
It was in 1997 that Crispin proposed love to Zareen and the two had their wedding the following year on January 1.
He vividly remembers how challenging life was in the infancy of their marriage as he was not working at that time.
Zareenâ€™s mother paid rentals and took care of all the bills in the first two years of their marriage.
â€œWe faced a lot of challenges in the first two years of our marriage, my wife stood by me and, by the grace of God, we were surviving. Though some relatives and friends were laughing at me, my wife was willing to face challenges with me,â€ Crispin said.
Now with three children and 19 years of marriage, Crispin still believes his marriage to Zareen is one of the best. He said each day that passes comes with an opportunity for their love to grow stronger.
Crispin said God has been at the centre of his marriage and has been the secret to his successful marriage.
He said trust and understanding for each other are also important if a marriage is to last long.
â€œPeople should know the weakness of their partners,â€ Crispin said with a smile.
He has advised other couples to place God first in their marriage and also pray together if they are to enjoy their marriage.
Crispin said most of the marriages nowadays do not work because people have forgotten about God.
He also urged women to be content with their husbands and stop comparing their marriages to those of other people.
â€œI did not know that we would build a house or drive one day, but through the grace of God, we managed and now we are living comfortably.
â€œThe love of money is killing a lot of marriages, it is difficult for a man without money to have a good marriage,â€ Crispin said.
He has further advised young people to seek first the Kingdom of God before they find a partner to get married to.
Zareen on the other hand wanted a man who would love her for who she was and that she found in Crispin.
Though her relatives and friends were against her relationship with Crispin, she did not give up her love for him.
â€œWhatever people said to me mattered less, the most important thing was that we loved each other and that is what kept us together,â€ Zareen said.
Though life was challenging when they got married, she held on to the marriage and believed things would one day get better.
Her 19 years of marriage have taught her that people need to endure challenges and must also be patient to have a good marriage.
She believes good communication, love, prayer and fearing God are necessary components in marriage.
â€œMost marriages are failing due to lack of communication, couples must pray together and also for each other. Endurance and bravery are also very vital in a marriage,â€ Zareen said.
Though her husband used to be harsh to her, he changed through her prayers when he received Jesus Christ in 2013.
She has advised other women to support their husbands and be content with what they are able to offer.
Zareen has advised young ladies to take their time and also pray to God for direction in their quest to search for a life partner. She said marriage is a gift from God and people must ask from him.
The couple lives in Bauleni.

Are they army or ZAF worms?
Lamentations of Luangwa fish traders