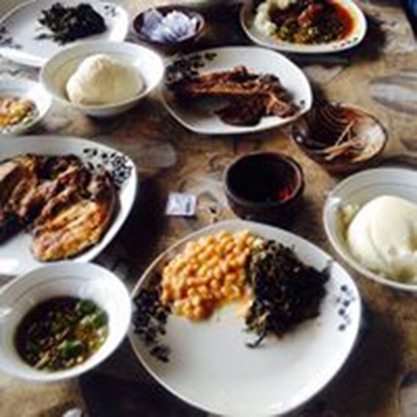 MELODY MUPETA, Kitwe
A FORTY-ONE-YEAR-OLD husband of Kawama township has told the Bulangililo Local Court that he used to find herbs mixed with his food, water, and lotion whenever he returned home from a business trip.
Dickson Chiwa was testifying in a case in which his wife, Ireen Kayula, 34, sued him for divorce on grounds that they have been on separation for a year.
The two got married in 2001 and they have three children together while Chiwa has two more children from a previous marriage.
Chiwa told the court that all was well in their marriage until his wife started mistreating her two step children.
He told the court that his wife would only buy clothes for her three children and then leave out her two step children http://epaper.daily-mail.co.zm/

Tailor off the hook

Tokota Boys get off lightly