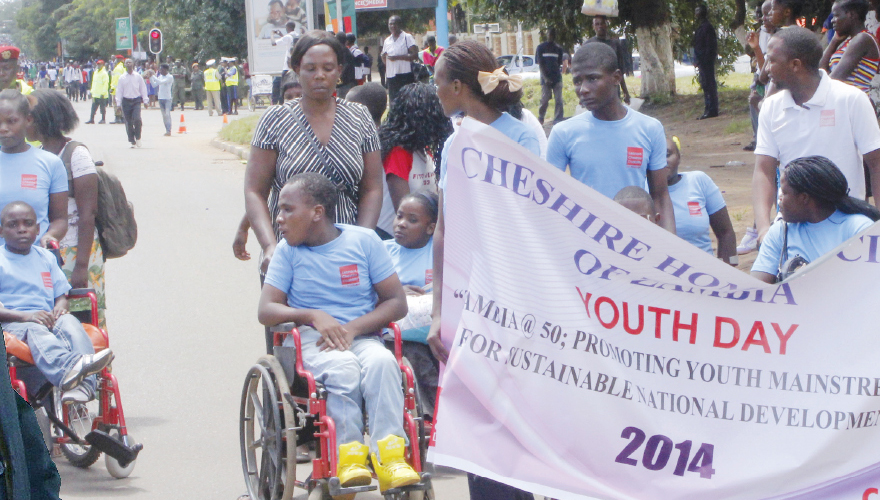 ARTHUR MWANSA, Lusaka
THE Human Rights Commission (HRC) has been called upon to actively promote the rights of children with disabilities as enshrined in the United Nations Convention on the Rights of Persons with Disabilities (UNCRPD).
The Zambia Association of Parents for Children with Disabilities (ZAPCD) youth disability equality pressure group made the appeal recently when they submitted a petition to the HRC, outlining the problems faced by children with disabilities, effects of the problems and attempts to provide recommendations.
Presenting the petition, pressure group representative Ian Banda, 21, a Grade 11 pupil at Kabulonga Boys Secondary School said: â€œWe the children and youths with disabilities pray for thorough investigations on the status of our rights and fundamental freedoms by the HRC.
Receiving the petition, HRC director Florence Chibwesha said issues brought out in the petition and recommendations made will be used by the commission in its advocacy work and in lobbying Government and other stakeholders to put in place measures aimed at ensuring that children with disabilities are not treated like objects of charity but as human beings with rights to enjoy in their own right.
Ms Chibwesha said the petition has come at an opportune time when the Commission is repositioning itself and intensifying advocacy for increased adherence by duty bearers to the implementation of minimum standards in the promotion and protection of childrenâ€™s rights in general.
And ZAPCD chairperson Mbachi Mutonga said Government and other stakeholders should promote and protect the rights of children with disabilities in accordance with the UNCRPD of which Zambia is a signatory and the Persons with Disabilities Act of 2012.