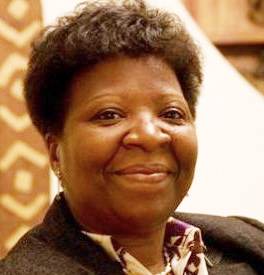 Analysis: BEATRICE NKANZA
WHY is failure such a big deal in our lives? Failure is associated with negativity, an impact which some people find daunting. Daunting because failure is primarily a private emotion. It can, however, also be public too. It can be physical and tangible or subtle and/ or imaginary. Failure can be debilitating to some people while for others, it drives them even more. Most inventors were driven by failure, we are told. Failure is as commonplace as life itself. It happens all the time, even to the most accomplished.
What is failure and what can we do with it? Google defines failure as “a ‘lack of’ success”. ‘Lack of’ in inverted commas, meaning a void or absence of something can be described as failure. This definition particularly refers to ‘success’. Who sets the success standards we are measuring ourselves against? Are those standards static and determinable or they keep changing? Clearly, if failure is a lack of success, we must ask more questions about what is being measured. By implication, then, we must set the standards. How, I hear you ask.
Another definition I found interesting is failure as “the neglect or omission of expected or required action”. This definition is empowering because it references ‘neglect’ and ‘action’, both of which we can do something about.
As a coach, many people come to me with ‘failure avoidance’ as an objective. How do I avoid failure, they ask? I am afraid of failure, they lament. How do I overcome the fear to fail? So, failure is both an event and an emotion. Failure is risk gone awry. But we live with risk daily and we are still here.
When I ask an entrepreneur what are the risks present in their business, they take a while to answer and say they cannot think of any!! Perhaps they will have a robust insurance plan or systems that cover all the angles. The answer is, however, different when I ask where they expect to fail. They can see that, clear as day, real and imagined, they can see failure for sure. Why is failure so easily accepted or even tempted into the psyche of (wo)men and not risk?
Where there is no plan, there is no success or failure or risk. The reason is simple. No plan, no benchmark, no judgement. The plan is the reference against which we measure success or failure. So, fear to fail or avoidance of failure is abdication to plan, so ensure that you plan.
Whether at a personal level or as a corporate entity, a plan will give you direction, depth and scope of where you are going and how quickly. Even marginal effort counts for something. Without a plan you will be going around in circles and failure will surely happen. To answer the question above, what are the characteristics of this plan?
This information we all know. A SMART plan is specific, measurable, attainable, realistic and time-bound. As coach I also add A-actionable and C- communicable. You need a SMARTAC plan to avoid failure. Communicate your plan to someone other than yourself. Sharing your goals makes you more accountable. When you want to give up, that someone will remind you and encourage you. A is action. Sometimes goals go unfulfilled due to lack of action. If you do not act or share your plans the risk is you will not do it. Instead, you indulge in self-doubt which can be very damaging. You doubt your ability to achieve, think that no one cares, and get discouraged. This is when Fear grips you and you fail.
Failure is relative and not absolute, meaning that it is related to non-achievement of something at a point in time. Thereafter, after adjustment and correction, you must continue to pursue your goals until you get there. Failure is also temporary and not permanent for the same reasons. Failure does not define who you are. Learn from your experiences and you are sure to get better and overcome the fear. Failure should be a source of learning.
People are afraid of failure when they are not sure of what they must do and are too timid to ask. It is important therefore to clearly plan your own work lined up with appropriate skills and the right attitude. Where the plan is imposed on you, take care to understand what you must do to make it work. Failure is a failure to plan and connect with other people to make it work; maybe your family or team members.
Failure is lack of action due to inertia or lack of confidence. Note that failure is not inability to catch up with the next person. It is a sole endeavour to state your aspirations as explicitly as possible and garnering the necessary arsenal of assets and support to get things done.
The author is a life and performance coach.