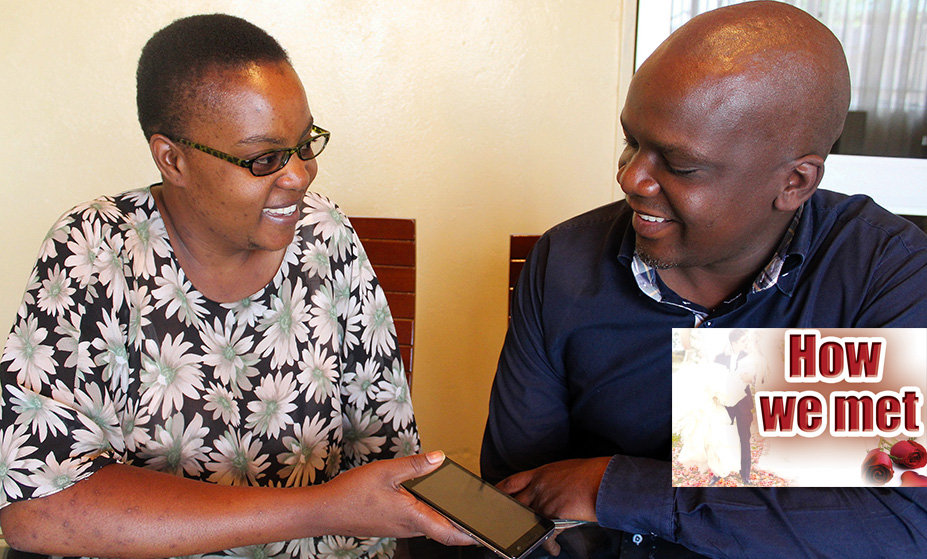 How we met:
MIKE MUGALA, Lusaka
EVEN after eight years of marriage and with three children together, both Winston Moyo and his wife Sithembile Magwamazi somehow find it difficult to explain how their relationship started.

“We grew up together and used to sing together in the Chilenje Seventh-day Adventist (SDA) church choir,” says Winston, a singer who shot to fame with his hit song Chawama. “I think we were attracted to each other and our relationship started in 2001, I never thought we would be married one day.”
Sithembile agrees but says although there was love between them, she never thought that Winston would be her husband.
“We were used to singing together and did not plan for a relationship,” she says. “I was in Grade 12 at the time we got so attracted to each other. Winston was also the music director in the church, he used to be aggressive on me each time I made a mistake during our choir rehearsals. Our relationship was secretive but it later came to the attention of the church.”
In 2004, Sithembile got pregnant and the pair was ex-communicated from church. This was also the time when Winston shifted to secular music, where he made an instant impact alongside Red Linso with such songs as Love Yamuti.
“I went into secular music for survival. I did not have a platform where I would use my music to earn a living in the church,” he says. “Am of the view that it is difficult for singers in the church to survive because they are not given an opportunity to showcase their music and earn a living from it.”
When he started doing secular music, Winston would sneak with Sitembile to go and perform in places such as Solwezi, Chipata and a few others across the country.
“We used to spend most of our time together and I would go to nice places such as Munda Wanga and Muyanganas in Kafue,” Sithembile says.
Sometimes, Winston would take Sithembile with him to the studio.
But Sithembile’s friends did not approve of her relationship with Winston. But it mattered less to her.
“My friends used to tell me that he is just a simple musician who had no future and that I was just wasting my time,” she says. “[But] I was in love with him and I did not pay attention to any form of criticism.”
For Sithembile, getting pregnant outside wedlock was the most challenging moment of her life.
“It was a challenging moment to be ex-communicated from the church, people used to point fingers at me,” she says.
“I believe the challenges we went through made our love grow even stronger. I kept going to church while Winston had stopped for some time.”
Winston and Sithembile had their first child in 2005, and in 2009, they formally got married.
“My experience in marriage has taught me that God is the foundation of any marriage. We put God in everything we do and this makes it easier to reconcile when we quarrel,” Winston says. “A couple must pray together and seek the face of God in every situation.”
Sithembile, on the other hand, believes that submission, faithfulness and prayer are vital for the success of any marriage.
“Women must submit to their husbands, they must put their academic qualifications aside; love and marriage must come first. Women must also find time for their husbands,” she says.
Winston agrees.
“Christ is the leader of the church and man is the leader of a home. A husband must love his wife and a woman must submit to her husband,” he says. “But nowadays, how many men love their wives and how many women submit to their husbands? We need to find out what has gone wrong with marriages of nowadays. We need to know what our parents used to do to stay long in marriage.
“The love of material things has overtaken the true meaning of love in marriages. People get married for wrong reasons. I am also urging the young ladies not to rush into marriage. They must be prayerful and God will give them a genuine man.”
Winston also says he has discovered that marriage is the only institution where one does not graduate.
“Marriage is the only institution you go into without any qualification and do not graduate; every day is a learning process,” he says. “I also don’t believe that marriage is a shipikisha club. I can’t hide, challenges are there, but people need to resolve their issues through communication.”
Winston’s advice for those intending to marry is that they should look for a woman who is God-fearing and must first take time to know the person before they can marry.
“It is important to first know the background of a person before you marry them,” he says. “Most marriages, especially nowadays, are not working because people just meet in a bar and get married the next day.”

Tagsall start did it How