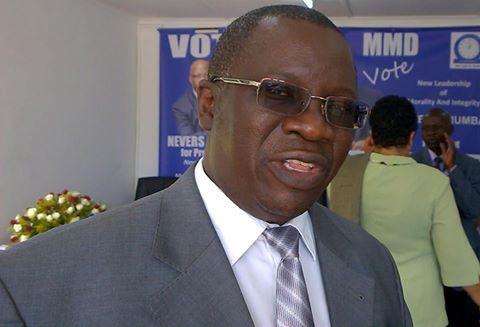 STEVEN MVULA, Parliament
CHEMBE member of Parliament Mwansa Mbulakulima (MMD) caused laughter in Parliament on Wednesday when he referred to his party as mighty and that the UPND and MMD are in a battle.
Mr Mbulakulima said: â€œMr Speaker, I rise on a very serious point of order. As you know, I donâ€™t normally riseâ€.â€
At that point, the Speaker, Patrick Matibini, interjected and said: â€œAre you suggesting that others rise on â€¦.â€ as members burst out laughing.
Mr Mbulakulima said he wanted to speak on behalf on the mighty MMD, the former ruling party that is not participating in any by-election.
â€œAs you can see, my people here are seriously pondering how to repair the damaged economy but they are being disturbed by the PF and UPND. Are they, therefore, in order to disturb these peaceful MMD MPs? I need your serious ruling,â€ he said.
Dr Matibini ruled that he does not consider verbal exchanges between the PF and UPND as a battle.
â€œIf at all this is a battle, then it is being conducted within the rules of the house,â€ Dr Matibini said.
And Dr Matibini stopped further points of order, saying there was serious business that needed to be conducted.
â€œWe need to make progress. Beyond Mumbwa (Brian Chituwo), I will not take any point of order. We have a motion which we think may be exacting,â€ Dr Matibini said.