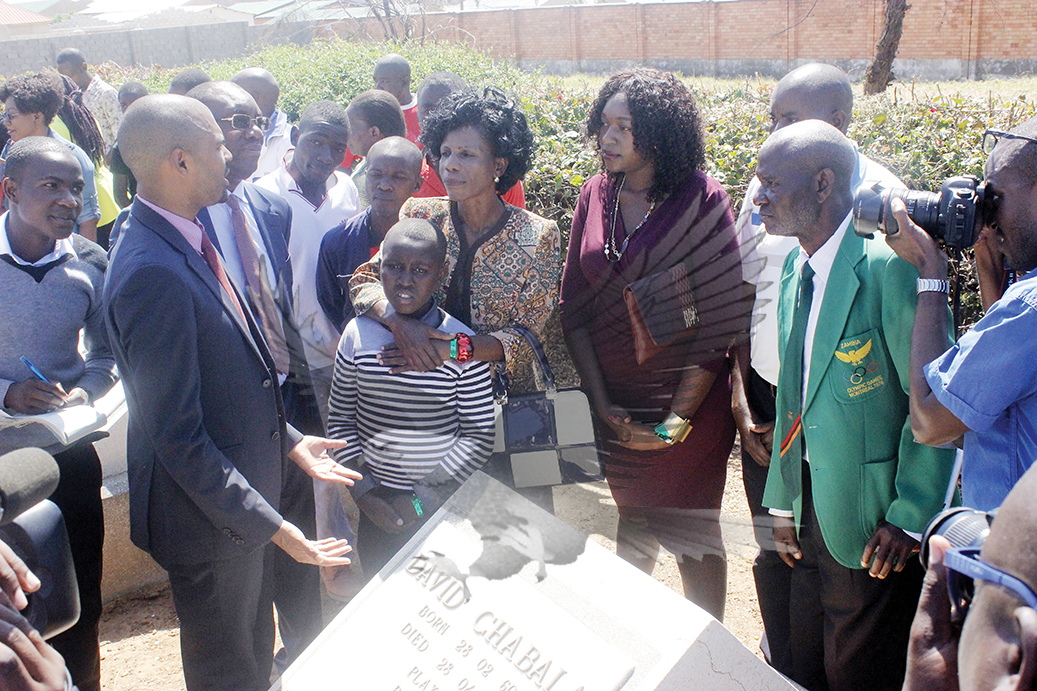 DIANA MUTAKAFIMBO, Lusaka
MINISTER of Youth, Sport and Child Development Vincent Mwale says qualifying for the 2018 Russia World Cup finals will be the only befitting present the Chipolopolo will give the fallen heroes on their 25th anniversary.
And Government is planning erecting a sports museum at Lusakaâ€™s National Heroes Stadium that will have a segment for the Gabon disaster victims.
Mwale said during the commemoration of the 23rd anniversary at the Heroes Acre in Lusaka yesterday that the fallen heroes were a stone throw away from qualifying for the 1994 United States of America World Cup finals.
The Zambia Air Force Buffalo plane carrying 18 players and 12 officials to Dakar for a World Cup qualifier against Senegal crashed into the Atlantic Ocean 500 metres offshore on April 28, 1993.http://epaper.daily-mail.co.zm

FAZ meeting: One item on agenda