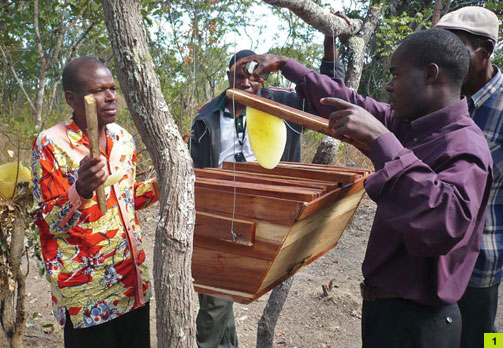 ESTHER MSETEKA, Lusaka
ZAMBIA’S honey industry has recorded an increase in exports from US$1.3million in 2015 to US$2.1million in 2016, the Zambia Development Agency (ZDA) says.


ZDA has attributed the increase in exports to the lifting of the ban on the export of honey to South Africa last year and the already established market in the European Union.
According to statistics from the International Trade Centre (ITC), Zambia’s honey exports represented 0.1 percentage point of the world exports, with its ranking being number 56 in 2015.
Speaking at the closing ceremony of the Project on Promoting Intra-Region Trade in Eastern and Southern Africa last week, ZDA director-export development Jonathan Simwawa said the major markets are Belgium, Mauritius, Botswana, South Africa, United States of America, Zimbabwe, Saudi Arabia and China while the United Kingdom is the largest importer of honey followed by Norway.
The project was financed by the Finnish government and implemented by the ZDA, ITC and other co-operating partners at a cost of about US$ 1.6 million and the project was undertaken from January 2014 to June 2016.
And Minister of Commerce, Trade and Industry Margaret Mwanakatwe said the sub-sector provides processors with opportunities in the regional markets of South Africa where the ban on irradiation was recently lifted in addition to the already established market in the European Union.
“Zambian honey is sold in these markets on the pretext of its unique proposition based on organic and medicinal properties enshrined in bee products” Ms Mwanakatwe said.
Earlier , Finnish Ambassador to Zambia Timo Olkkonen said to enhance the honey sector, ITC partnered with Parodi Group, an Argentine-based honey producer and trader, to enable Zambian beekeepers gain access to bulk sales in European and other markets by integrating local producers into the Parodi’s distribution network.
“It is expected that Parodi will invest in Zambia and contribute to boosting supply capacity,”Mr Olkkonen is.