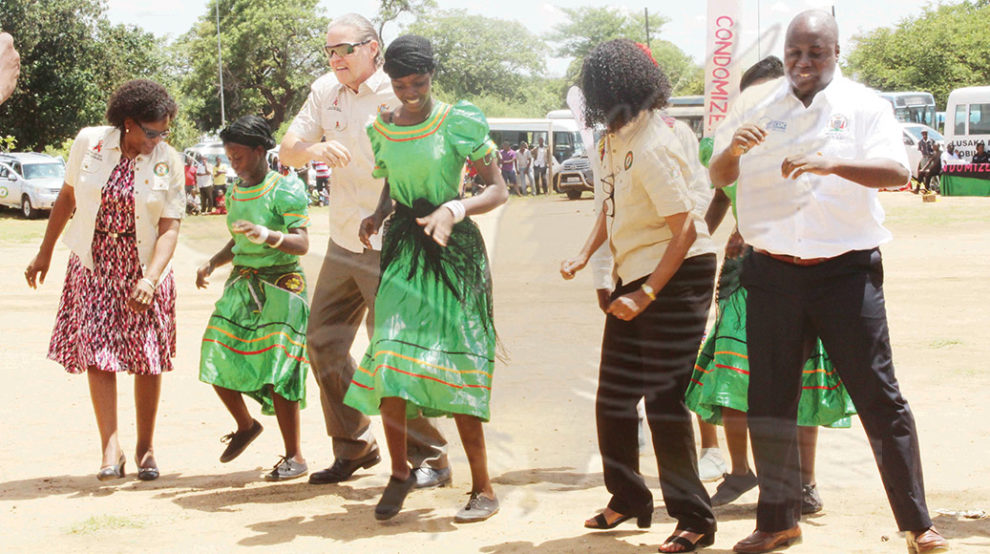 “IGNORING your HIV status will not change your status. It will only make you and the people you love more vulnerable to the virus,” President Edgar Lungu said during the commemoration of the World AIDS Day held under the theme ‘Run the last mile, leaving no one behind’.
President Lungu said each person should know his or her HIV status, and that those found positive should proceed on anti-retroviral treatment (ART) immediately to prolong their lives and subsequently forestall the spread of HIV.
It is unquestionable that HIV testing is the first critical step to fighting HIV and AIDS.
If one does not know that they have the HIV virus in their body, it means they cannot seek and access treatment.
Being HIV-positive and yet not taking antiretroviral treatment is a sure recipe of sending oneself to an early grave.
As grave as the consequences may be of shunning HIV testing and treatment, some people still choose to remain deviant.
Among the major culprits are men.
This is why President Lungu is calling on all Zambians, especially men, to know their HIV status to prevent the further spread of the disease.
President Lungu is particularly concerned, and rightly so, that men are amongst groups of people with the lowest testing and treatment coverage.
As this year’s World AIDS Day theme aptly indicates, we cannot afford to leave anyone behind in the fight against HIV.
To be able to win the battle against HIV and AIDS, we need the involvement of everyone – men, women and children.
It is only when everybody jumps on board that we will be able to meet the UNAIDS target of 90-90-90, which envisions that by 2020, 90 percent of all people living with HIV should know their HIV status; 90 percent of all people with diagnosed HIV infection should receive sustained antiretroviral therapy; and 90 percent of all people receiving antiretroviral therapy should have viral suppression.
The 2017 statistics indicate that of the infected population of 1.1 million, only 75 percent are on ART. Where are the 25 percent?
It means that over 270,000 lives are at risk of dying prematurely but before that, they are spreading the disease further.
The question that begs a sincere answer is: Why should HIV continue sending people to an early grave when there are drugs to suppress the viral load and subsequently prolong life?
It is not only irresponsible but cruel for anyone to leave things to chance. As rightly observed by President Lungu, ignoring one’s HIV status does not change anything but only endangers the lives of many other people.
The impact of HIV and AIDS on Zambia’s society is evident through an increase in the number of orphans as well as the burden on the health sector.
The socio-economic impact of HIV and AIDS in Zambia is also enormous because the people most affected are at the peak of their productive and reproductive lives.
HIV has deprived the country of great minds that could have made significant contribution to the development of the country.
While it is acknowledged that over the years significant strides have been made to curb infections, much more still needs to be done.
So far, more than 915,000 people living with HIV are currently on life-prolonging drugs from just 3,500 in 2003.
This is indeed creditable progress but does not mean we should relent in the fight.
That 48,000 new infections and 16,000 HIV-related deaths were recorded in 2017 is indicative of the fact that there is still much more that needs to be done.
We urge men, most of whom are fathers and leaders in various spheres of life, to take responsibility by embracing HIV testing and treatment. Society, in general, also needs to stop discriminating against those living with HIV.
People fail to access HIV testing and treatment for fear of stigmatisation.
This shows that the responsibility to fight the scourge is not only for people living with the virus, but even those who are HIV-negative have a role to play.
As we press towards the UNAIDS 90-90-90 target, let no one remain behind.

Tagsbehind HIV fight Leave no one