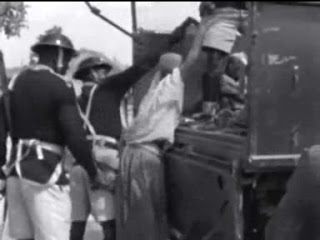 DOWN MEMORY LANE with AUSTIN KALUBA
THIS week I will look at tidbits of the history of trade unionism in Zambia, starting with the colonial period. So come down with me in my Leyland as we chronicle the hurly burly history of unionism in Zambia.
1.The genesis of trade unionism in Zambia dates back to the time of the start of mining on the Copperbelt after huge deposits of copper were discovered in the region in the 1920s leading to commercial mining.
The establishment of the copper mines was followed by collective action and organisation by African workers. The ?rst major strike by African workers occurred in 1935 and it validated that African miners were already aware of a common interest and could organise united resistance against employers.
The strike by African miners prompted European mine workers to form their own union to protect their interests from the threat posed by African mine workers. The Northern Rhodesia (European) Mineworkersâ€™ Union (NRMU) was therefore formed in 1936.
In 1940, the European miners, through the NRMU, won a wage increase as a result of the increase in the cost of living caused by the Second World War.
2. The colonial authorities perpetuated a structure of labour relations based upon ethnic principles of representation by promoting the system of Tribal Elders ?rst adopted in the early 1930s, and by adding to it Boss Boys and Works Committees during the Second World War. The mistaken view that African workers were not ready for trade union organisation remained the of?cial policy.
3. The UNIP leadership saw the ZCTU as a formidable enemy politically and so was so unhappy about the labour movement supporting calls for a return to multi-party politics that it tried to weaken the movement by having the check-off system cancelled, and it also tried to divide it.
UNIP had a special hatred for Frederick Chiluba [ZCTU chairman] and in an apparently vain attempt to weaken his power-base, President Kaunda urged the 1990 UNIP National Council to repeal the 1971 Industrial Relations Act that compelled trade unions to af?liate to ZCTU.
Kaunda argued that if the government was to be contested by multiple parties, it followed that an individual trade union should have the right to secede from ZCTU. In a divide and rule style, the State had apparently persuaded at least four unions af?liated to the ZCTU to leave the organisation.
The top UNIP leadership saw Chiluba as a real political enemy to fear and it made numerous attempts over the years to weaken and divide the labour movement by bringing him and his general secretary Newstead Zimba into the UNIP Central Committee. When both men refused to work for UNIP, the party tried to divide them from their members by trying to show they were pursuing interests different from those of the workers they led.
It was stated in 1988 that the police Special Branch in?ltrated NUBEGW of which Chiluba was chairman. The police persuaded the NUBEGW executive to suspend Chiluba.
The idea was to disqualify him from standing for election as a ZCTU of?cial, which was open only to those who held a post in an af?liated union. When ZCTU nulli?ed Chilubaâ€™s suspension and charged some NUBEGW of?cials with conspiracy to remove Chiluba from of?ce unconstitutionally and suspended them, NUBEGW of?cials took the matter to court.
While the Kitwe High Court ruled in favour of ZCTU, the Supreme Court overturned the ruling in favour of the NUBEGW of?cials. Chilubaâ€™s position was only saved by ZCTU and ZUFIAW, which gave him senior positions in the unions.
When he was re-elected chairman of ZCTU in October 1990, he delivered a moving speech in which he said, among other things, that he was only saved because God sent angels to redeem him through ZUFIAW.
4. However, in 1990/1991, the labour movement reached its peak in popularity and supported the Movement for Multi-party Democracy (MMD) in the struggle to re-introduce plural politics in Zambia.
However, it is interesting to note that when the MMD came to power, its leader Chiluba put in place labour laws that weakened trade unions. However, as a result of the support it gave to the MMD, the labour movement could not ?ght the party.
5. Chilubaâ€™s position raised interesting questions about the precise relationship between trade unionists and politicians in post-independence Zambia and between trade union leaders and the workers they represented.
Kaunda saw Chiluba as such a formidable opponent that in another attempt to weaken him, he accused ZCTU of being close to the CIA and several unnamed Western countries.
He also accused Friedrich Brunke, head of the Friedrich Ebert Foundation in Lusaka (the Foundation was close to the Social Democratic Party) of funding ZCTU.