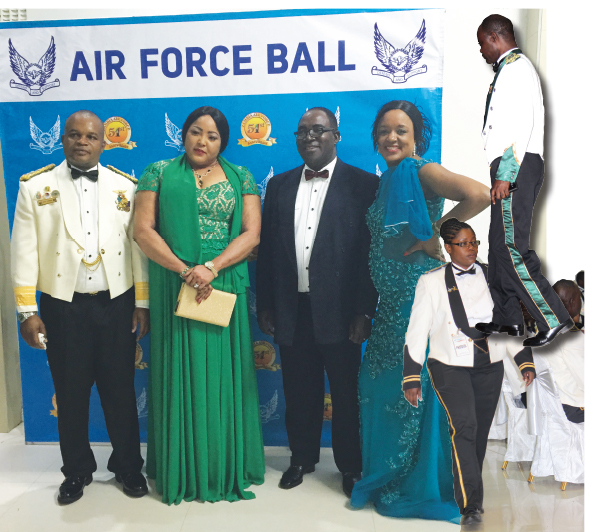 FASHION TRENDS with ANGELA CHISHIMBA
AS promised last week, I want to share the history of the mess kit.
Last Friday, President Lungu officiated at the Zambia Air Force Ball at the Chamba Valley banquet hall where he was clad in mess attire; ZAF Commander Eric Chimese and other officers were also in the same attire.
Mess kit or mess dress is a military term for formal evening dress worn in the mess, or at other formal occasions. It is also known as mess uniform. This attire varies according to defence forces but generally, it comprises a short mess jacket which either fastens at the neck, orÂ  is worn with a white shirt and black bow tie.
Mess dress is generally worn as the military equivalent of white tie or black tie.
The mess kit is decorated with ranks, medals, badges and name tags.
Those without mess kit are advised to wear an interim dress.
In Zambia, the defence forces have different colours for the ceremonial attire.
For ZAF, they wear cream jackets, black trousers with gold ribbons, while the Zambia Army has red jackets, black trousers and red ribbons.
The Zambia Police Service mess kit colours are white jackets, navy blue trousers with light blue ribbons.
Female officers wear either trousers or skirts.
The defence forces are currently having annual balls and I hope this information will enlighten people on the dress code for the various forces.
Last week, I wrote about ball dresses for female civilians (wives, partners), and I hope it helped those attending the annual balls.
As we come to the close of the year, I would like to thank you for your support. I hope that you will remain loyal even in 2016. Wishing you all a merry Christmas and a prosperous new year.
Have a blessed festive season.
For comments email achishimba@gmail.com or achishimba@daily-mail.co.zm.