DEXTER NJUKA
MANY men of valour have decorated world history with their endeavours and yet none ever made such â€˜wildâ€™ claims as this man.
And not just claims but extraordinary ones that made him risk his life even to the point of death.
That is the main reason his own people killed him by the worst and barbaric method ever of excruciating pain thereby causing the victim to die of the said pain. The death by crucifixion was reserved for non-Roman subjects as a punishment. The Romans used it to intimidate would-be offenders among their subjects.
But they never ever imposed this kind of capital punishment on a Roman no matter how grave the offence.
And this was the death this man chose to die even when he had the chance within and outside himself to avoid it.
All he needed was to refute his claims that he was God or the Son of God.
There has been an argument that the first four books of the New Testament called the Gospels, as far as the story of Jesus Christ is concerned and that if itâ€™s ever a legend, divinity attributed to this, their protagonist must be detached.
The fact that even his critics are seemingly agreeing that there was a historical Jesus makes this an interesting subject to explore.
Presently there are non-spiritual books that confirm the existence of Jesus.
For instance, Josephus, a Jewish historian who was not even a follower of Jesus, in his â€˜Antics of the Jewishâ€™ people confirms that there was a Jesus who was killed by his own people.
Philo, a Hellenistic Jewish philosopher, does mention Jesus Christ in his literature even as he misspells his name to â€˜Christusâ€™.
For Jesus to have made those claims he could have been cited as a liar or lunatic by his opponents and none did.
They said in John 10:33 (New American Standard Bible Version), â€œFor a good work we do not stone You, but for blasphemy; and because You, being a man, make Yourself out to be God.â€
They never said he was a liar or a lunatic, they just had a problem to accept His claim that he was God.
He told them, much to their annoyance that in the beginning he existed even before the very beginning of the beginning.
That He was the very word that proceeded from God during creation and that word became flesh and dwelt among them.
He is the only religious leader whose tomb is empty. He claimed to be the resurrection and life. He claimed to be the source of life.
Just look at His religion. It is one of the new religions of the world. Itâ€™s just about two thousand years old but its rapid growth is phenomenonal.
Its influence once perturbed an exiled emperor of Italy called Napoleon Bonaparte. He wondered how a leader could have such a huge following without using force but love.
And that millions were even willing to die for a man they had not even seen.
My brother and I were growing up as wayward kids on the block. From stealing chicken eggs from neighbours, shoplifting at some supermarket in Northmead, to making a peer kick a plastic football with a stone concealed inside and throwing stones on the neighboursâ€™ rooftops at night made us notorious and dubbed as a â€˜thingâ€™ for kids to avoid in the neighbourhood.
We were once caught stealing sugar cane in a plantation. We stole and sold our parentsâ€™ valuables.
Not forgetting the offering box which my father was a custodianÂ  for the neighbourhood prayer group.
We would go to Northmead and ask for alms pretending we were orphans. Mother had to shift the kitchen cupboard to her bedroom because we always â€˜terrorisedâ€™ the relish, licking sugar and jam.
I remember one time thinking she had forgotten to lock the bedroom, I tiptoed in and straight away went to the cupboard and dipped my finger into the jam before I heard dad on the bed deliberately clearing his throat.
But one day, on my own, I sat reflecting on my wayward life, before I realised tears were rolling down my checks, and loudly I cried to this man Jesus, telling him I was not happy with that kind of a naughty child.
I begged him to change my life if he really existed.
And so many years have gone, and when I look back, I tell myself that I need no other evidence that Jesus is indeed Lord.
That he changes lives, and that is what makes Him stand tall among His critics.
Dexter Njuka is a chaplain at Mupapa Adventist School of the Seventh day Adventist Church on the Copperbelt and a journalism & communication student at Rusangu University. 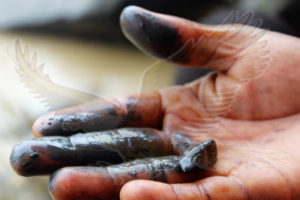 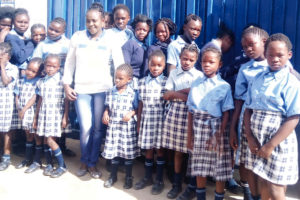 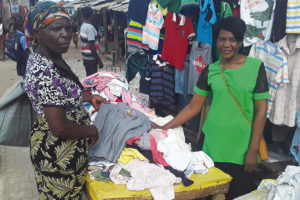