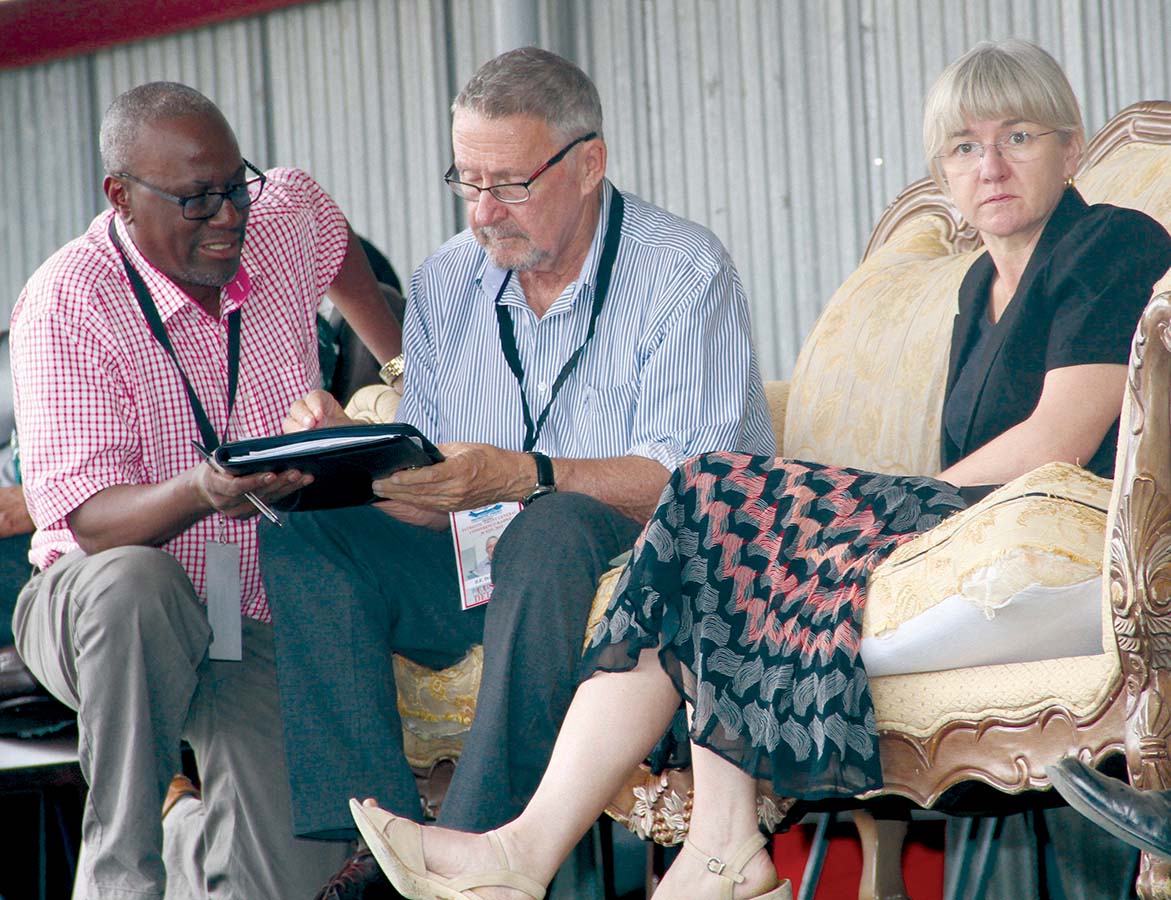 CAROLINE KALOMBE, Lusaka
LUSAKA High Court judge Mugeni Mulenga has adjourned to Friday the inter parte hearing in the case in which Patriotic Front (PF) chairperson Inonge Wina has asked the court to declare Minister of Defence Edgar Lungu as duly elected party president.
When the matter came up for inter parte hearing before Ms Justice Mulenga yesterday, the case failed to take off because dismissed PF secretary-general Bridget Atanga was not before the court.
Ms Justice Mulenga had granted Ms Wina an interim injunction restraining Ms Atanga as acting PF secretary general from convening, adopting or electing any other candidates than Mr Lungu as party president.
She said in a penal notice that doing so would result in contempt of court.
Mrs Wina asked the court to order that the decision to cancel Mr Lunguâ€™s election by Acting President Guy Scott is null and void and that any election emanating therefore is illegal.
Ms Wina said holding another general conference has the potential of causing confusion in the party and losing of the forthcoming presidential elections.
â€œThe National Council resolved that the Acting President opens the general conference but he vehemently and without any cause refused to attend,â€ Mrs Wina said.
She said the purported cancellation of the decision of the general conference without reconvening, as some members of the party have left the gathering, is illegal.
Mrs Wina said the PF central committee and national council meetings, which Dr Scott and other aspiring candidates attended, agreed to proceed with the election of the party president at a general conference.
She said Dr Scott and Mrs Atanga both shunned the conference, saying the meeting was improper and went on to cancel the accreditation process in designated and agreed centres.
Dr Scott officially opened another general conference on December 1, this year at which Matero member of Parliament Miles Sampa had the most votes.