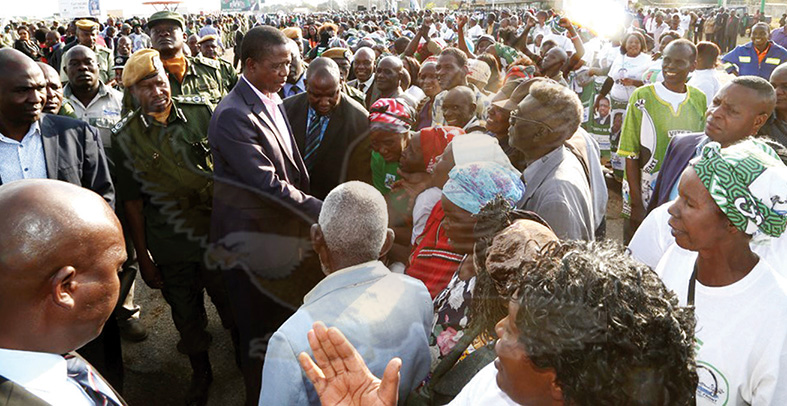 CHOMBA MUSIKA, Lusaka
PRESIDENT Edgar Lungu is disappointed that while the Patriotic Front (PF) has persistently called for peace during elections, the United Party for National Development (UPND) leadership is inciting its supporters to retaliate when provoked.The President said it is retrogressive for the UPND to advise its supporters to revenge when attacked by their political rivals.
He was speaking at City Airport yesterday shortly before departure for the Copperbelt to attend the Zambia International Trade Fair.http://epaper.daily-mail.co.zm/