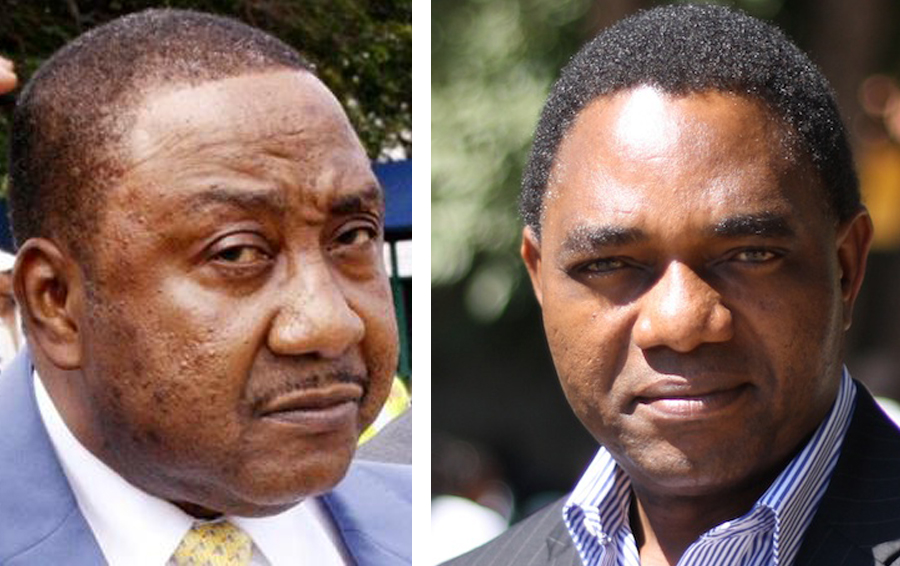 TRIAL in a case in which United Party for National Development leader Hakainde Hichilema and his vice-president Geoffrey Mwamba are jointly charged with seditious practices and unlawful assembly failed to take off yesterday because the two are reportedly unwell.

The matter was scheduled to come up in the Luanshya Magistrate’s Court for continued trial before Ndola chief resident magistrate John Mbuzi, but defence lawyer Mulilo Kabesha informed the court that his clients were unwell.

“The first accused person is undergoing medical attention and we have a medical report from Lusaka Trust Hospital which gave him five days as being unfit to work starting from August 24, 2017.
“The second accused has been unwell and was initially admitted to CFB and was given a sick note indicating that he was unfit for work,” Mr Kabesha said.
CHISHALA MUSONDA, Luanshya