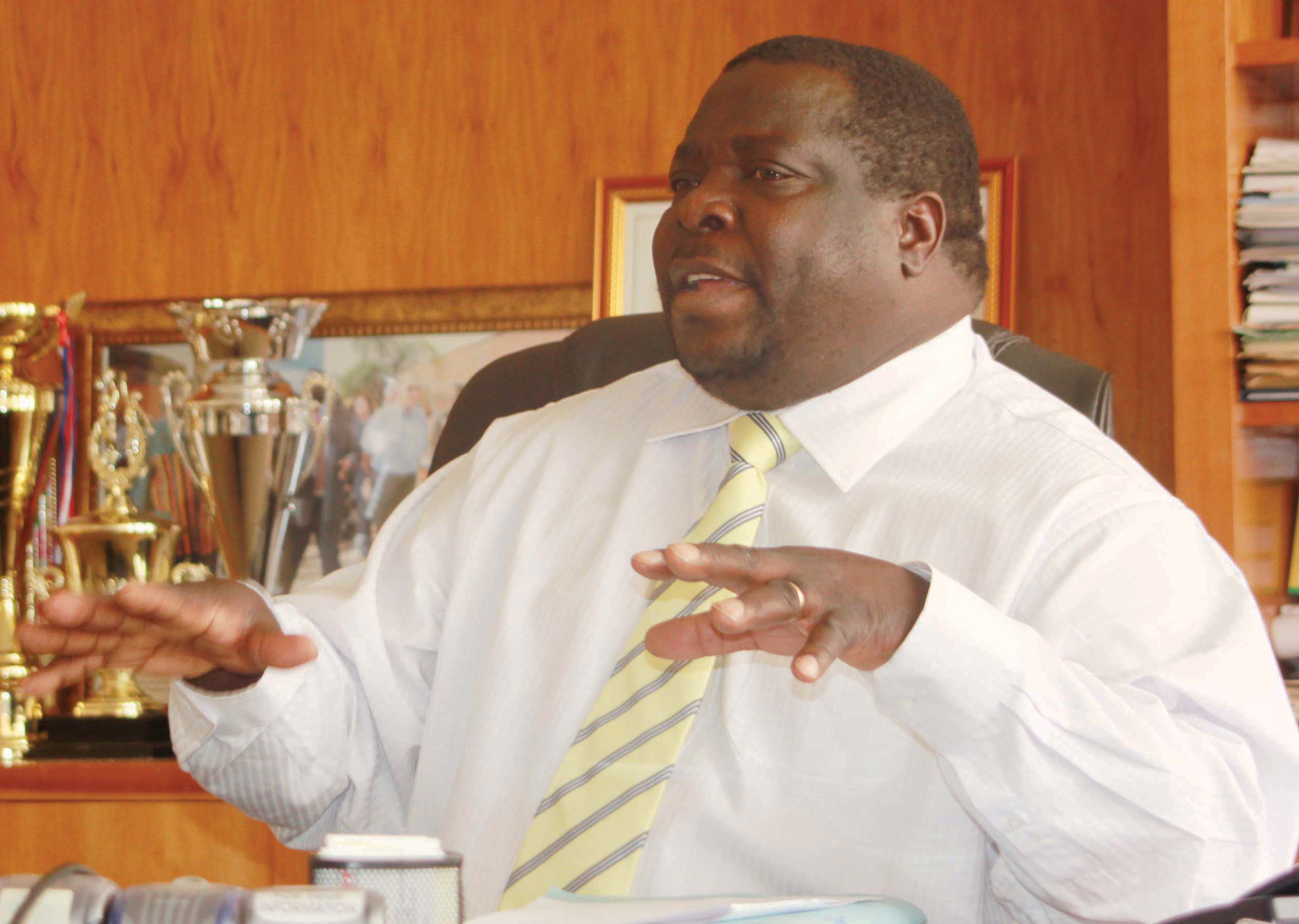 ZUMANI KATASEFA, Luanshya
CHIEF government spokesperson Chishimba Kambwili says United Party for National Development president Hakainde Hichilema and his deputy Geoffrey Mwamba should not be entrusted with authority to run affairs of the country.
Speaking in Luanshya yesterday when he addressed journalists, Mr Kambwili saidÂ it wouldÂ be unwise to allow the two businessmen-cum-politicians to run the countryÂ becauseÂ of their â€œloveÂ for moneyâ€.
Mr Kambwili, who is Roan member of Parliament and Minister of Information and Broadcasting Services, said: â€œIt will be very dangerousÂ to give the country to these two.â€
And Mr Kambwili said the UPND should not think that it is popular on the Copperbelt.
â€œYesterday [Thursday], HH and his new-found friend GBM were here in Luanshya visiting markets. They failed to hold a public meeting. If they are popular, why did they fail to hold a public meeting?â€
The minister said UPND was given a permit to hold public meetings in Mikomfwa and Roan but failed to do so because the leadership knew that they are not popular, hence the decision to go around the markets greeting people.
Mr Kambwili said after the 2016 general elections, Mr Hichilema will go into political retirement.
Meanwhile, Mr Kambwili said challenges the country is facing such as power load shedding are a regional problem.
He saidÂ many countries in the southern African region are experiencing such problems. He urged the opposition to stop telling people that the problems have been created by the PF government.
â€œIn South Africa, there is load shedding, in Mozambique there is load shedding even in Malawi, so is it theÂ PF that is ruling in these countries?â€Â he wondered.
Mr Kambwili added that the opposition in Zambia are just envious of the PFâ€™s success in development nation-wide.
Meanwhile, a civic leader in Luanshya has urgedÂ small-scale farmers in the district not to sell their maize to unscrupulous business people.
Baluba ward 23 councillor Gershom Mpundu said yesterday that some unscrupulous business people are buying maize from small-scale farmers at very cheap prices on the outskirts of Luanshya.
â€œI am happy that people in my area are no longer depending on the mine for their survival; they have taken a serious interest in farming and this year, we have recorded a bumper harvest but the problem is that there are some people who want to buy the maize at cheap prices from the small-scale farmers,â€ Mr Mpundu said
He said some peasant farmers are selling the maize at prices as low as K50 per 50 kilogramme bag when the Food Reserve Agency is buying the same quantity at K75.
Mr Mpundu urged the peasants to sell their grain to FRA and not briefcase traders.
The councillor also commended President Lungu for increasing the price of maize from K70 to K75, saying this was a good decision as it would benefit many peasant farmers whose lives depend on farming.