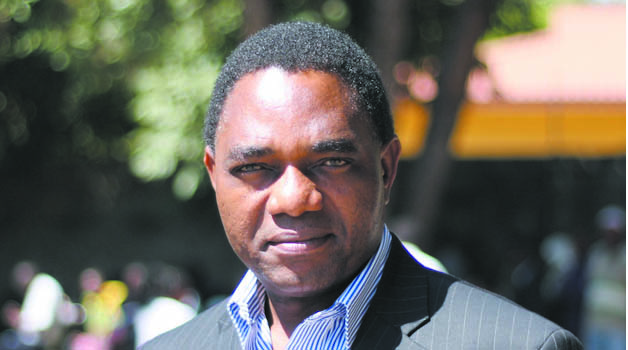 PRISCILLA MWILA, Lusaka
OPPOSITION leader Hakainde Hichilema has accused United Nations (UN) resident coordinator Janet Rogan of having taken part in the alleged manipulation of the 2016 election results in favour of the Patriotic Front (PF).
Ms Rogan was unavailable for an immediate reaction but the PF has said the audacity to make such a false statement is shocking.
The United Party for National Development (UPND) president told a media briefing yesterday that Ms Rogan allegedly partnered with the Electoral Commission of Zambia (ECZ) and the PF to influence election results.http://epaper.daily-mail.co.zm/