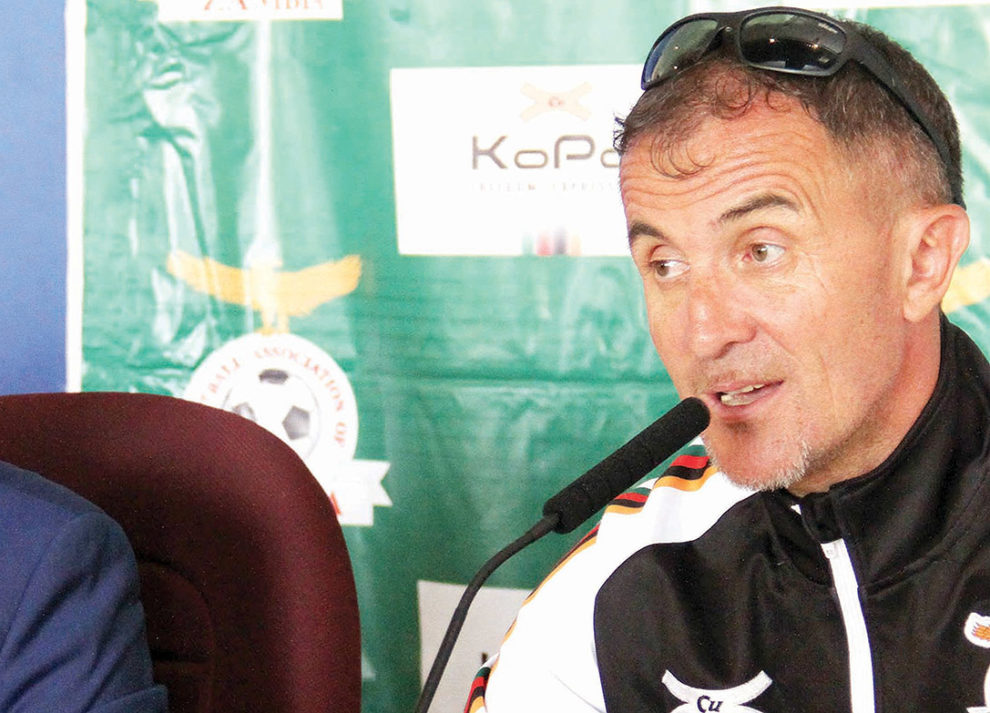 DIANA CHIPEPO,
MATHEWS KABAMBA
Lusaka, Kitwe
NATIONAL team coach Milutin “Micho” Sredojevic yesterday officially signed his two-year contract with the assurance that his mission is to succeed and take the Chipolopolo where they rightfully belong.
Micho said during the signing ceremony at the Ministry of Youth, Sport and Child Development offices in Lusaka that he will live up to the expectations of Zambians.
“I am here to succeed, not to fail,” he said. “If we succeed, it will be all of us; if we fail, it will be me alone.
“Let me express my sincere gratitude and honest appreciation for the good gesture you have showed me by awarding me this contract. I have come here to succeed and not fail.”
The Chipolopolo trainer, who succeeds Belgian Sven Vandenbroeck, has signed a performance-based contract that has three major objectives that include qualifying the Chipolopolo to the first ever FIFA World Cup.
“We are on a performancebased [contract], this I will tell you and we shall take it step by step until we get there,” the
Serb said. “We have to inject confidence in the players and make them aware on the need to sacrifice for mother Zambia.
“I will not say much but I will let the works do the talking. CLICK TO READ MORE