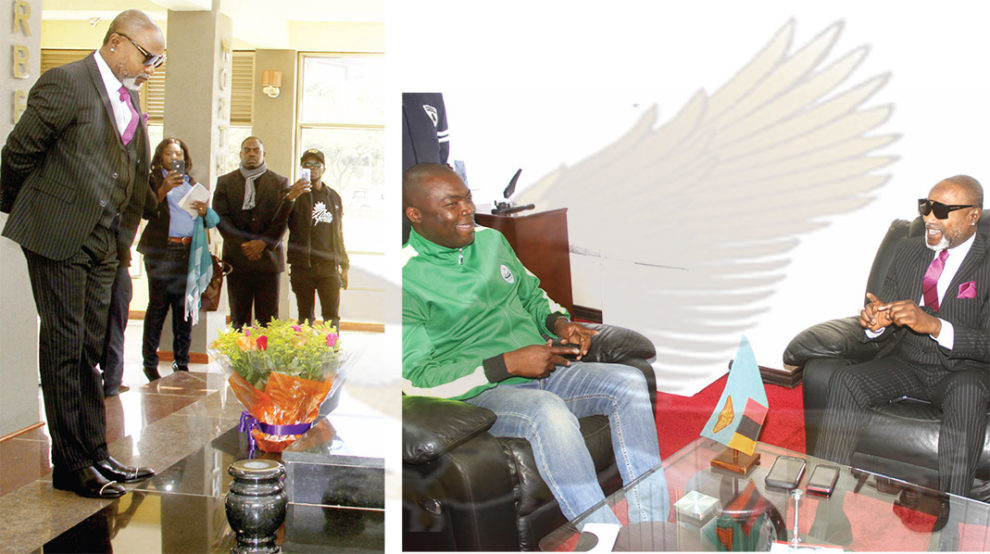 KELVIN KACHINGWE, Lusaka
NOTWITHSTANDING the court issues that are said to have arisen, Koffi should be able to go ahead with his performances. Of course, almost everyone who regards themselves as rhumba fans would have known that by now.
But it did not initially look that straightforward when the promoters, East Point Disco Tec Limited and Remarkable Limited, first announced the shows set for tonight and tomorrow in Lusaka and Kitwe.
And when Minister of National Guidance and Religious Affairs Godfridah Sumaili was brought in, there was genuine fear that Koffi would not make it for the shows.
Reverend Sumaili is no ordinary minister. Remember Zodwa Wabantu and her fate!
Fearing the worst, the organisers had called in their lawyers Makebi Zulu Advocates. Fortunately, the whole thing never turned ugly, with Rev Sumaili clarifying her position together with the French ambassador, who had initially opened the can of worms.
But like they say, all is well that ends well. Koffi, who calls himself Mopao (which in Lingali means Big Boss), is here and ready to perform.
But make no mistake, there are some out there who are certainly not happy that Koffi has been allowed to perform.
From here, the flamboyant Koffi is expected to head to Zimbabwe for a performance at the Harare International Conference Centre on August 3.
There is no controversy regarding his performance there as the 62-year-old seems to enjoy warm relations with that country.
About four years ago, he performed at the wedding of former Zimbabwean President Robert Mugabe’s daughter, Bona. A year later, he headlined the Harare International Carnival rhumba night organised by the Zimbabwe Tourism Authority.
But here, he divides opinion although his fan base somewhat remains intact.
Since arriving in at Kenneth Kaunda International Airport (KKIA) in Lusaka aboard a Kenya Airways flight on Tuesday night, Koffi has done extremely well with his public relations.
Although largely keeping quiet on the controversies surrounding him, he took time to visit Embassy Park where three of Zambia’s former presidents are buried. He also paid a courtesy call on the Lusaka Province Minister, Bowman Lusambo, who kept his doors open.
For the fans, now, they cannot wait to watch Olomide and his 32-year-old Quarter Latin International Band to perform live at the VVIP shows at the Government Complex in Lusaka and at Kitwe’s Mindolo Dam tomorrow.