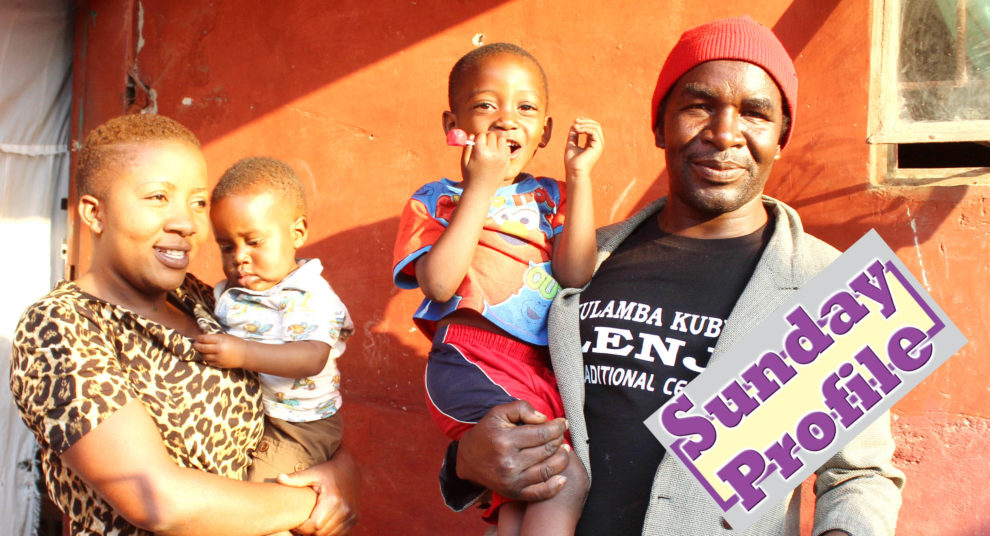 Sunday Profile:
DOREEN NAWA and KAPALA CHISUNKA, Lusaka
NOT too many people can point out Proud Sichaba in a crowd, but his voice is familiar on radio because he has made a name for himself as a serial radio caller.

There is not a single radio talk show that Proud does not call to make a contribution. And like his name, he is proud of how his contributions have helped change lives in the community he lives.
Born in 1965, of Dickson Sichaba and Aquino Kabongola in Maileni village, Nega-Nega area, in Southern Province, Proud, who prefers to be called ‘Dr Proud’ styles himself as a social and political commentator.
“Being a social and political commentator has helped hold many leaders accountable in the communities. In fact, I cannot count the numerous things that have changed in my community Garden township just by being a commentator and regularly calling radio stations and airing my views on various topics being discussed which are affecting Zambians,” he says.
The love to contribute to radio talk shows began when he lived in Matero. According to Proud, he played chess in Matero with Trevor Simumba listening to Kenneth Maduma on Radio Phoenix.
What made it interesting for Proud was that Trevor was also friends with Kenneth Maduma and that excited him because he longed to hear his voice on radio especially when people called in to talk about various issues affecting their communities.
“I used to admire them. So one day, while listening to one radio programme, I gathered the courage to call in and I have not looked back since,” he says with a smile.
Born in a family of 11, three of whom have since died, Proud says after his ‘successful’ contribution to the programme, he made it a habit to regularly call in when there was a phone-in programme.
This, he said was in an effort to highlight the problems people were facing in his community because he wants to hold leaders such as members of parliaments or councillors accountable.
With time, he became the contact person in the community for those who needed help. He contacted the police, MPs and sometimes the media if residents wanted something.
Proud, who says he buys his own airtime which he uses to call various radio stations, says he calls radio stations out of civic duty.
He says he has airtime to make calls because he no longer drinks alcohol or smokes and all his disposable income goes towards airtime vouchers.
“I do not do what I do because I am interested in political office; a better Zambia is a better place for everyone no matter who you are,” he says.
He narrates that he has always felt a sense of responsibility to his community from a young age.
“We are fishermen by nature. I worked as a volunteer for a long time. I worked on farms for white farmers. I then decided to relocate to Lusaka in 1988,” Proud says.
He says he relocated to Lusaka with nothing and, so he got a job as a conductor between Lusaka and Nampundwe.
“And because of the travels, I noticed the availability of various commodities found in Lusaka which were not available in many rural areas.
He seized the opportunity to buy good in bulk and sold them and in the process, he established some partnerships with shop owners who supplied him goods.
“I made a lot of money. I used to wine and dine at the finest places in town such as Moon City Club or the then Ridgeway Hotel or Intercontinental Hotel. I had it made,” he says with a smile.
Proud is happy that he made his money without involving himself in criminal activities.
However, trading in Lusaka became a challenge because of the Lusaka City Council (LCC) vigilantes and other law enforcement officers.
Later after his businesses folded, he was recruited as a vigilante during UNIP days. He says the role of the vigilantes at markets or bus stations was to provide security and ensure peace prevailed.
He was in charge of monitoring buses in Chilenje, Lusaka central business areas especially the area around Radian Stores and he was answerable if there was a break-in.
Five years later, circumstances forced him to quit the vigilante activities and he later opened a shop in Chilulu Market.
A married man with four children and grandchildren, Proud is also a photographer.
“I have been involved in a lot of things including photography. I have photographed some the famous people in Zambia although I would not want to mention their names,” he says.
He says his involvement in the community has left people wondering why he does not take up a political position but he says he is happy simply being a contributor because it has connected him to the community, policy makers as well as implementers.
“I treasure Zambia as my country, when concerns come to me, I voice them out. For us in Garden, the issue of tribe does not arise, but the fact that we are Zambian matters to us,” he says.
At the end of the day, Proud, an ardent Jehovah’s Witness has fun doing it all!

TagsDr Proud Hello speaking This is