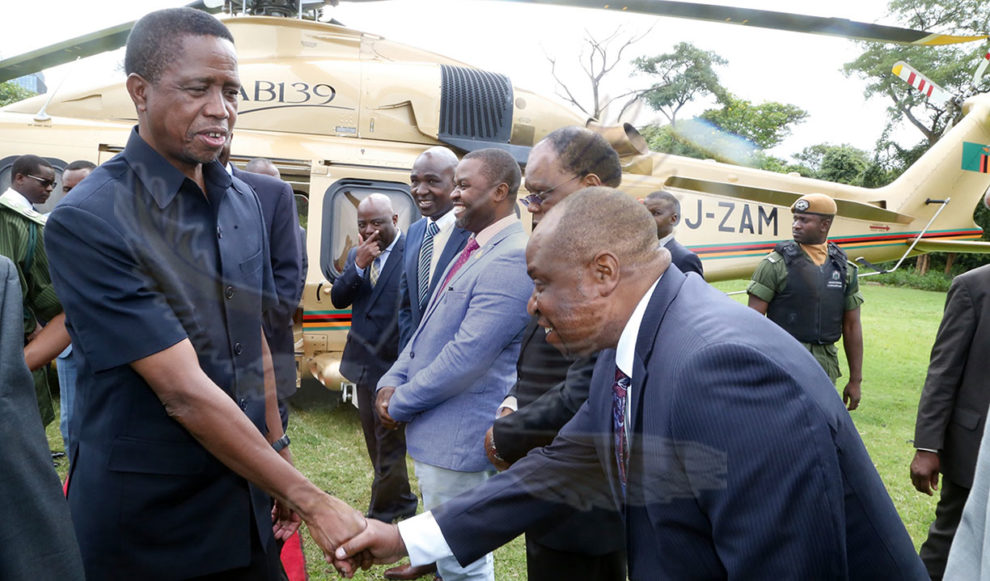 The President cannot continue singing the same song to the same people every year.
Zambia is looking forward to becoming a prosperous middle-income economy by 2030, but the attainment of the national vision will remain a mere dream if those entrusted with the management of national resources do not change their attitude.
Each year, the Auditor General’s office reports misapplication, misuse and abuse of government resources meant for public service delivery.
Millions of Kwacha are either unaccounted for or spent on activities they were not budgeted for, thereby slowing down development.
Zambia is a lower middle-income country currently aspiring to graduate to a middle-income economy, which will mean better living standards for citizens.
This poor management of national resources cannot therefore continue.
We agree with President Lungu that law enforcement agencies of the government should raise the bar of their performance and bring civil servants cited for abuse, misuse and misapplication of public money to book.
As long as those responsible for the haemorrhage of resources feel that nothing will happen to them, Government will continue losing colossal amounts of money which could have been used on economic growth and poverty alleviation.
The country depends largely on borrowed money and donor support to implement national development programmes, and wastage of public funds should therefore not be condoned.
With the numerous measures Government is putting in place, including the tightening of tendering processes for government contracts and standardisation of pricing for public procurement, we expect audit queries to become a thing of the past.
As President Lungu said on Wednesday, the people of Zambia have high expectations from Government in terms of development.
This is why he urged the Ministry of Finance to accelerate the implementation of the many public financial management reforms aimed at curtailing misuse and misappropriation of public resources.
We are happy to note that the ministry has come up with several strategies aimed at increasing domestic revenue collection.
The more revenue the country raises locally through taxes and non-tax collections, the less debt it will contract and more capacity it will have to finance development projects.
Last October, Minister of Finance Felix Mutati unveiled this year’s national budget in which he proposed to spend K71.6 billion or 25.9 percent of the national gross domestic product (GDP).
Mr Mutati told Parliament that K49 billion or 68.5 percent of the total budget would be financed by domestic revenue and K2.4 billion or 3.4 percent by grants from various cooperating partners.
He said the balance of K20.1 billion or 28.1 percent of the budget would be financed through domestic and external borrowing.
Parliament has since approved the budget, which Government is now implementing.
There is need to disburse the monies equitably when they are available to enable all the ministries to implement their sectoral programmes.
We are confident that the Zambia Revenue Authority (ZRA) and other government agencies will be equal to the task and raise the 68.5 percent of the budget in domestic revenue so that Government can meet its obligations.
Some of the reforms and measures aimed at meeting that target may appear to be radical, but they are essential for the successful implementation of the economic stabilisation and growth programme.
Indeed, the country has to reduce its dependency on external borrowing and donor support, which tend to stifle growth.
This is why public officers who will wilfully misapply the resources should be ready to face the wrath of the law.
The Zambia Police Service, Anti-Corruption Commission and Drug Enforcement Commission should come up with a system of timely following up the irregularities cited in the Auditor General’s report and prosecute the erring civil servants and public workers.